′Everything will be exposed,′ Ukrainian reporter says | Germany| News and in-depth reporting from Berlin and beyond | DW | 25.06.2014

'Everything will be exposed,' Ukrainian reporter says

"YanukovychLeaks" made headlines in February when journalists rescued papers the former Ukrainian president tried to destroy before fleeing the country. Now the journalists face a new set of challenges. 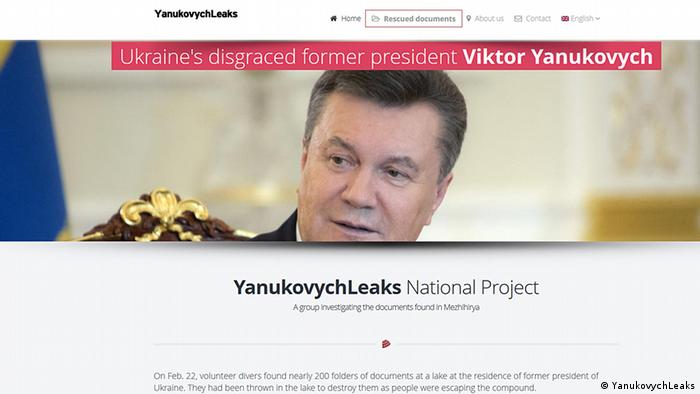 By entering what had come to be regarded as the embodiment of presidential opulence and corruption, a group of investigative journalists have turned former Ukrainian President Viktor Yanukovych's massive private estate Mezhyhirya into a symbol of transparency and freedom of information. 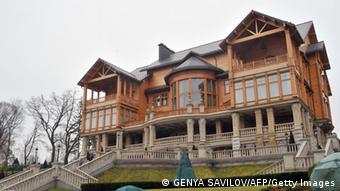 The Mezhyhirya estate was a symbol of presidential corruption

The journalists rescued documents Yanukovych and members of his staff attempted to destroy by throwing into a lake, then dried, scanned and published them at YanukovychLeaks.org. The project and its organizers won Deutsche Welle's 2014 The Bobs - Best of Online Activism award in the Reporters Without Borders Category.

"YanukovychLeaks is a symbol of a long-term fight for freedom of expression," said Oksana Romaniuk, a representative of Reporters Without Borders in Ukraine, the head of the Kyiv Institute for Mass Information and jury member at The Bobs.

Based on facts, not propaganda

While the documents published on the site are indicators of the corruption and censorship that prevailed in Ukraine, YanukovychLeaks "represents what we want for the future," Romaniuk added. 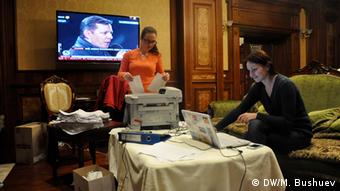 Journalists and volunteers scanned over 20,000 pages in just eight days

"We have a complicated situation in eastern Ukraine and one problem is that people are deceived by the very different points of views they get from Russian and Ukrainian television," she said. "This project shows the real documents and lets people make their own decision based on facts - not propaganda."

Everything will be exposed

Internationally, little has been heard recently from Yanukovych, who fled to Russia in February. But that has not stopped the team of 15 investigative journalists from researching and reporting on the over 23,000 pages worth of documents they found and which were saved and scanned by nearly 100 volunteers. 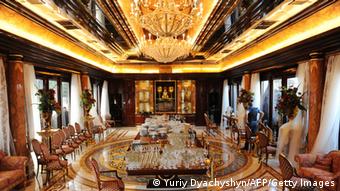 "The YanukovychLeaks project should be a milestone to all Ukrainian politicians - that corruption and thirst for luxury lead to the downfall of every regime," said Dmytro Gnap, a Ukrainian investigative journalist at Slidstvo.Info and Hromadske.TV who was among the 15 journalists at the Mezhyhirya estate.

"The thousands of documents we have found in the Yanukovych residence must constantly remind Ukrainian politicians they cannot hide their corruption frauds," he told DW. "Everything will be exposed sooner or later."

From investigative journalist to war correspondent

With the documents saved and funding for the project secured with the assistance of the Organized Crime and Corruption Reporting Project, SCOOP, and the Media Development Foundation of USA Embassy, Gnap said reporters and volunteers were ready to do further research and reporting on the files, but the ongoing war in eastern Ukraine keeps them from devoting their time to the Yanukovych papers. 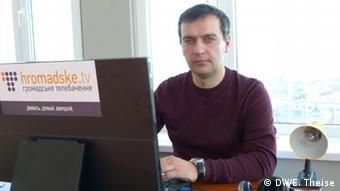 "All that stops the project's active development is the Russian war [of] aggression against Ukraine in the east of our country," Gnap said. "Instead of investigations, we have to work mostly as war correspondents. Hopefully the war will be over soon. Corruption is a great evil, but it's better to study corruption than war."

In the meantime, copies of all the documents have been handed over to the Ukrainian Prosecutor General's Office, which has initiated 20 cases against Yanukovych and his family.

"Journalists' investigations have done much to overturn Yanukovych's regime," Gnap said. "Even when he seemed invincible. Now we know that our work has not been wasted."