Every vote counts for Nicolas Sarkozy | Europe| News and current affairs from around the continent | DW | 16.04.2012

Every vote counts for Nicolas Sarkozy

Nicolas Sarkozy hopes for re-election as French president. But his ratings are low and time is running out. 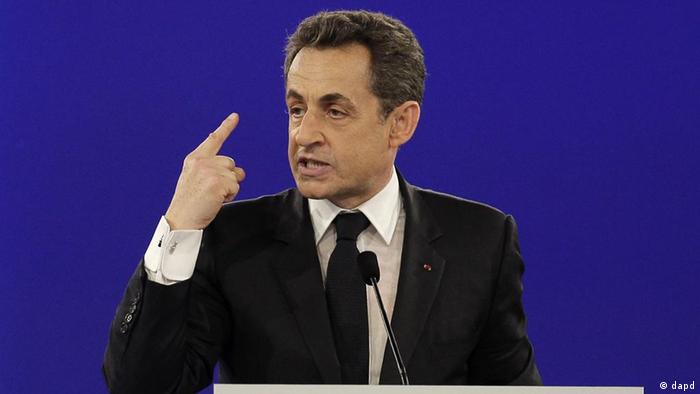 He keeps the French media busy: one day he will publish an official letter to the French people, the next he'll make casual contact with French citizens, on another occasion he'll use election campaign events to present himself like a polemic statesman. And wherever he goes, Nicolas Sarkozy, the French politician with Hungarian and Greek-Jewish roots, is always a straight-talker.

Sarkozy and the high-pressure cleaner 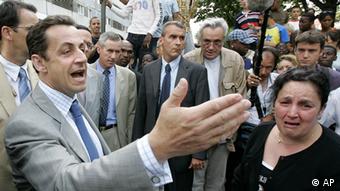 Cleaning up the suburbs - Nicolas Sarkozy in La Courneuve

Nicolas Sarkozy gained international fame in June 2005 when he visited the family of an 11-year old boy, who had been shot dead by a stray bullet in crossfire between rival gangs in the town of La Courneuve near Paris. As France's interior minister at the time, he was in charge of internal security in the suburbs surrounding the big French cities, which are often characterized by a lack of jobs and prospects. During his visit he said the suburb needed "cleaning out with a Kärcher [a pressure washer]" – and this line became so famous that it was dragged out again and again afterwards by journalists worldwide and gained the German maker of high pressure water cleaners some questionable fame, too.

Only a few months later, two teenagers from migratory families on the run from the police were killed after being electrocuted when they jumped over a fence. Violent riots broke out as a result in many suburbs, with cars going up in flames. Nicolas Sarkozy travelled to the crime scenes with the police, and showed himself as the tough politician who was cracking down on the problem. Again, he used plain words to address the rioters: "Let me tell those who set fire to a bus and those are responsible for the hospitalization of an 18-month-old child: You are scum."

Internal security as an ongoing theme 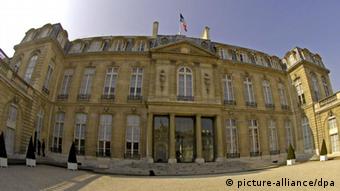 The President's official residence - the Elysée palace in Paris

Sarkozy started his political career as the mayor of the rich Paris suburb of Neuilly-sur-Seine between 1983 and 2002. He became interior minister for the first time under Prime Minister Jean-Pierre Raffarin, and after a short stint as France's super minister of Economy and Finances he became interior minister again under Dominique de Villepin. In this position he developed a strong liking for the fields of migration and internal security. He made his stance clear: If you want to live in France and benefit from the right of residence, you have to respect the law.

On May 6, 2007, Nicolas Sarkozy was elected president for the first time. He quickly found his way in foreign politics, too. During his first visit in Berlin he said there was nothing worth sacrificing the French-German friendship for, a friendship which had previously been tested on so many occasions. 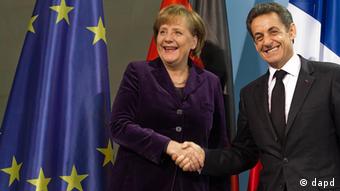 Chancellor Angela Merkel and President Nicolas Sarkozy enjoy celebrating this German-French friendship. During the euro crisis the two gained themselves the nickname 'Merkozy', a reference to their strong alliance in the attempts to get Europe out of the crisis.

But Sarkozy has also worked on his foreign-policy profile beyond Europe's borders since he became President. As a result of his efforts, France became the first country in 2011 to recognize the Libyan interim government. And in contrast to the German government, Sarkozy did call for an air strike against the Gadhafi regime in Libya. Sarkozy claimed the future of Libya was a matter for the Libyan people, but "if we intervene alongside the Arab states," he continued, "we do it in the name of a universal conscience which cannot tolerate such crimes." 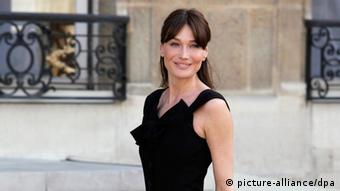 For a long time, however, level of support for Sarkozy was nonetheless low. According to polls, voters were more interested in how the future president wanted to guarantee jobs and social security and how he intended to resolve the economic crisis. Sarkozy's answers, it seems, didn't convince the French, and not even stories about his exciting private life with his third wife, former model Carla Bruni, and little daughter Giulia could help.

But things changed in March 2012, with the atrocious attacks in Toulouse and Montauban, where seven people were killed - among them three Jewish children and a teacher. Sarkozy's favorite topic, internal security, was back on the agenda. The president wrote a 'Letter to the French people,' calling what happened in Toulouse and Montauban "an attack on France".

The president presented himself like the big statesman in times of domestic crisis and launched a massive manhunt for the perpetrator, which was successful: just days after the attacks the killer was killed. Sarkozy announced there would be new anti-terrorism laws, and his poll ratings rose again. Just days before the elections, Sarkozy is now having a neck-and neck race with his socialist challenger Francois Hollande. 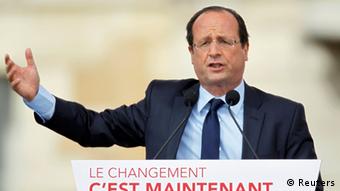 Sarkozy doesn't miss out on opportunities which allow him to present himself like an agile and active statesman - something, he says, that clearly distinguishes him from his challenger Hollande. Sarkozy's message to the voters is clear: You have to show an ability to act in order to resolve the crises that France saw in the last four years. He is always good for a bit of pathos here and there, like in this quote: "France has suffered. But it's overcome the crises because we took action. If we hadn't moved we would have rushed headlong towards ruin."

Despite all efforts - polls and preliminary forecasts see Sarkozy lose nonetheless. It now looks like Francois Hollande will be elected president - if not in the first, then in the second ballot on May 6 at the latest.

Elite police in France have carried out a series of dawn raids on suspected Islamist militants in several cities, with a source close to the investigation saying at least 10 people had been arrested. (04.04.2012)

Several men accused of anti-Semitism and Islamic extremism have been deported from France, in a continuing effort by authorities to root out radicals. (02.04.2012)

France cracks down on suspected Islamists

Candidates on the campaign trail