EU′s Last-Ditch Talks With Turkey Over Cyprus Fail | Europe | News and current affairs from around the continent | DW | 27.11.2006

Last-ditch talks in Finland on Monday between the European Union and Turkey aimed at averting an EU crisis with Ankara over the Cyprus issue have failed, Finnish Foreign Minister Erkki Tuomioja said. 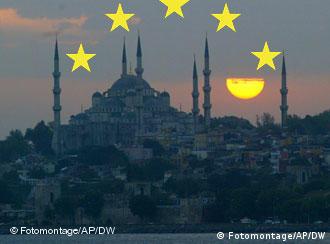 Are Turkey's hopes to join the EU fading?

"An agreement could not be reached," Tuomioja, whose country currently holds the rotating EU presidency, told reporters following talks held separately with the foreign ministers of Turkey, Abdullah Gül, and Cyprus, George Lillikas, in Tampere in southern Finland.

"There will be consequences" for Turkey's accession talks, Tuomioja said, adding: "Business as usual cannot continue."

The EU presidency meanwhile said in a statement that it would "immediately" begin discussions with the European Commission, the EU's executive arm, on whether to suspend Turkey's EU accession negotiations.

EU foreign ministers are expected to take a decision on the matter when they meet on Dec. 11, just three days ahead of a summit of EU heads of state and government.

Under a customs union agreement with the European Union, Turkey must open its ports and airports to Cyprus, whose Greek-Cypriot administration it does not recognize. Ankara refuses to do so until the 25-nation bloc keeps its promise to ease the international isolation of the island's breakaway Turkish Republic of Northern Cyprus (TRNC), recognized only by Ankara. 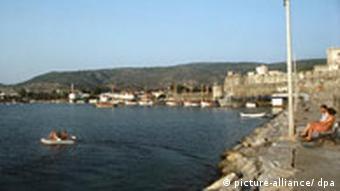 Turkey refuses to open its ports to Cyprus

Finland, which holds the EU presidency until the end of the year, has been trying to resolve the stalemate since September with a proposal that includes Turkey opening its ports and the EU trading directly with the self-proclaimed TRNC.

The Finnish side has given Turkey until Dec. 6 to abide by its commitments or risk at least partial suspension of its EU adhesion process which began in October 2005 but has slowed in recent months.

The EU believes that a solution to the Turkish-Cypriot dispute that threatens to derail membership talks for Turkey to join the 25-member bloc is still possible with help from the United Nations. (21.11.2006)

The Turkish government wants to avoid election defeat at all cost, even if it means snubbing EU demands. Despite tough talk from both sides, negotiations over Turkey's EU accession are unlikely to be scrapped. (10.11.2006)