The fight by governments against alarmingly high unemployment in the eurozone has so far failed to yield tangible results. The latest figures showed sluggish growth in the bloc had been a curse for the labor market. 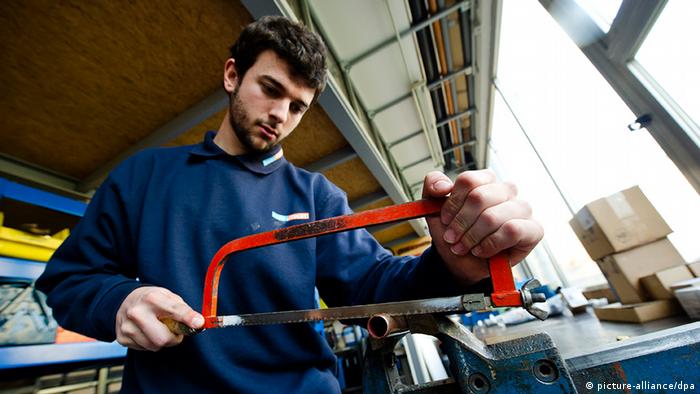 Unemployment in the 18-member eurozone held steady at 11.5 percent for the third month in a row in October, the European statistics office, Eurostat, said Friday as it presented preliminary figures.

The agency noted weak growth rates had failed to boost hiring, with the number of people out of work now standing at 18.395 million after another 60,000 lost their jobs during the month under review.

Eurostat said Greece had highest jobless rate at 25.9 percent, followed by Spain where 24 percent of people were out of work.

There was a slight improvement in youth unemployment in the eurozone. Another 141,000 people under the age of 25 found jobs, seeing that rate fall marginally to 23.5 percent. In Greece and Spain, however, about every second person in that age group was still jobless, Eurostat said.

The agency simultaneously published preliminary inflation figures for November, saying consumer prices only rose by 0.3 percent, largely due to a 2.5 percent decline in energy prices.

The drop takes inflation further away from the European Central Bank's target to keep it close to, but slightly under 2 percent, increasing the pressure on the ECB to launch further monetary stimulus measures.