The volume of loans granted to businesses and private households in the 18-member euro area has shrunk again. The European Central Bank said economic activity in the bloc was still dampened. 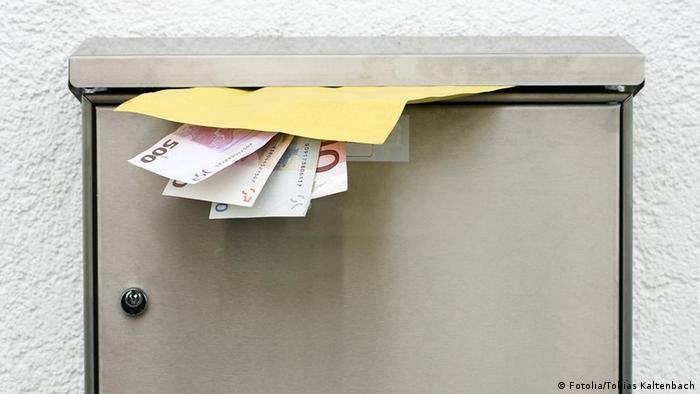 Credits to the private sector and households declined by 0.9 percent in November year-on-year, the European Central Bank (ECB) reported Tuesday.

An important barometer of economic health and stability, bank lending was shown to have decreased at a lower pace than in the previous month when the rate dropped by 1.1 percent, compared with the level reached in October 2013.

The ECB's fresh figures reflect a long and deep financial crisis in the nations sharing the euro that has squeezed lending and subsequently hampered economic growth in the area.

Rolling out even heavier artillery?

The ECB has already rolled out a wide range of measures to encourage lending to both firms and households and mitigate deflation woes.

The ECB has cut interest rates to new all-time lows and made unprecedented amounts of cheap loans available long-term to banks across the eurozone. It also embarked on asset purchase programs to pump fresh money into the financial system.

Currently, the ECB is considering the possibility of purchasing sovereign debt on a large scale. Observers maintain the question is not if but when such a scheme will be on the cards, possibly as early as January 22, when the ECB governors are to meet again.