Industrial production across the 18-member eurozone fell sharply in May, stoking fears that economic growth is slowing. France and Portugal as well as Germany were particularly affected. 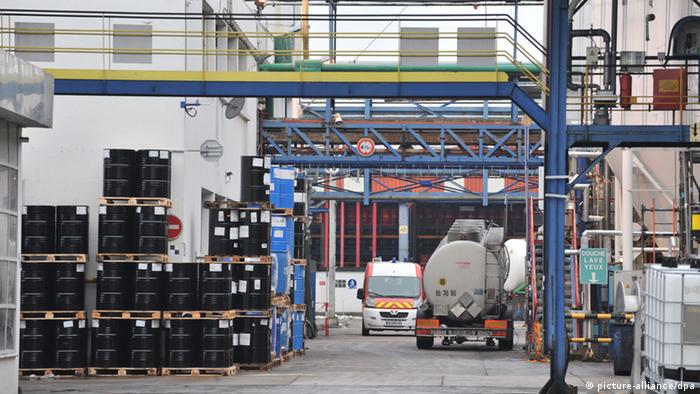 Output fell by 1.1 percent in May, compared with the month before, according to EU statistics office Eurostat. It comes after a 0.7 percent rise in April.

"Although the decline is likely to have been temporary, the disappointing numbers add to evidence that economic growth in the region is slowing," Chris Williamson, chief economist at Markit, a provider of financial data and indices, told the AFP news agency.

"Business optimism and hiring intentions have cooled from the three-year highs seen earlier in the year, led by darkening clouds forming over the French economic horizon in particular," he added.

The only industrial sector to book any growth during the month of May was the energy market, booking a 3-percent rise in output.

When compared with the previous year, production across the euro area rose by just 0.5 percent, while across the entire 28-member European Union it gained 1.1 percent.

ECB leaves rates on hold, waits for historic cuts to trickle down

The European Central Bank (ECB) has left its main interest rates unchanged at record lows, holding off fresh policy action to spur lending and inflation. The ECB is waiting for its latest rate cuts to show an effect. (03.07.2014)

Annual inflation in the 18-member eurozone has remained at levels far too low to disperse protracted deflation worries in the bloc. Adjusted ECB forecasts see the problem lingering on for years. (30.06.2014)