First-quarter growth in the 19-member euro currency area outstripped that of the United States and Britain, brushing off the unknowns of Brexit and the French election, and showing the recovery is gaining traction. 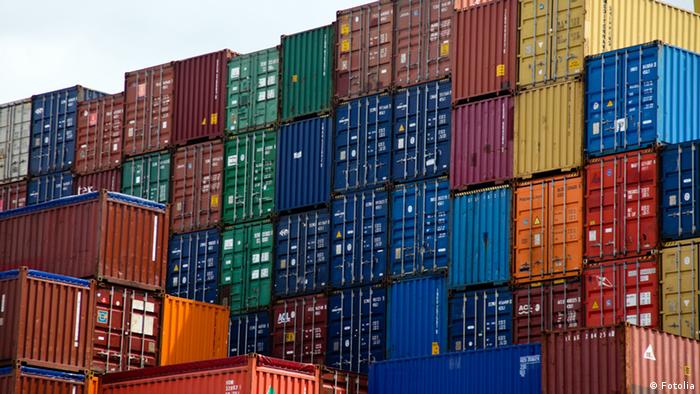 The eurozone's economy appears to be gradually climbing out of its post-crisis doldrums, as figures published on Wednesday indicated that growth in Europe's single currency area grew faster than in either the UK or the US in the first quarter.

A flash estimate published by the European Union's statistics bureau, Eurostat, showed gross domestic product (GDP) for the 19 economies accelerated 0.5 percent on average between January and March. That was higher than the UK's expansion of 0.3 percent and growth in the US at an annualized rate of 0.7 percent. The region's performance also outpaced the broader EU, which grew by 0.4 percent.

ING economist Bert Colijn said in a note to investors that the eurozone economy was "proving resilient to uncertainty" both abroad and home. "Bar a surprise at the French elections on Sunday, eurozone growth is set for a strong 2017," he added.

The eurozone economy has seen a steady period of growth, expanding by 1.7 percent in 2016. That again was faster than the United States' growth rate of 1.6 percent last year.

In the period through March, Spain was among the most solid performers, growing by 0.8 percent as the country continues to recover from a damaging crisis marked by exorbitant unemployment. But economic growth in France slowed in the first quarter to 0.3 percent.

Eurostat did not break down the components of the GDP growth, but economists expected it was led mostly by domestic consumption and business investment. Some of them are skeptical if the pace of the expansion can be maintained.

"There remains the possibility that growth could be hampered by consumers being more reluctant to spend as their purchasing power is squeezed by overall higher inflation and limited wage growth in most countries," Howard Archer, chief European economist at IHS Markit said.