Europol has said the data leaks have helped the law enforcement agency gather intelligence and aid its efforts in tackling financial crimes. It comes three months after the Pandora Papers were released. 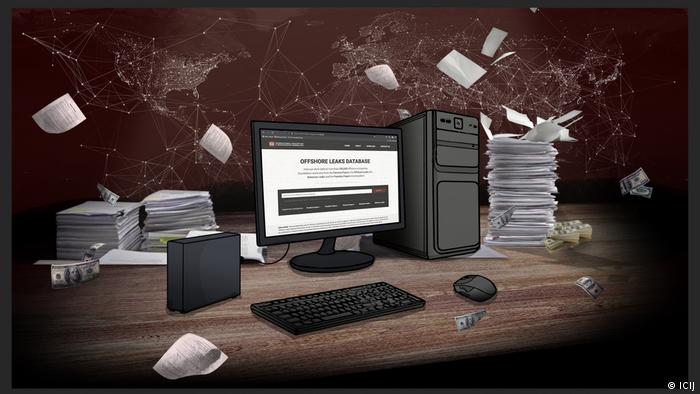 DW's Turkish service was part of the Pandora Papers investigation

The European Union's law enforcement agency Europol has said it is using the Pandora Papers, which had examined millions of leaked documents on how world leaders and celebrities use tax havens, to spot leads on organized crime investigations.

The statement, made in an interview for the Belgium weekly magazine Knack, came three months after the data leaks revealed the secret offshore accounts of 35 current and former world leaders, as well as more than 330 politicians and public officials around the world.

The investigation was carried out by the International Consortium of Investigative Journalists (ICIJ) and a team of 150 news outlets — including DW's Turkish service.

It exposed powerful global players who were affiliated with companies that use offshore tax havens, including Jordan's King Abdullah II, former Czech Prime Minister Andrej Babis, former UK Prime Minister Tony Blair as well as the leaders of Ukraine, Chile, and Kenya, among others.

Europol Executive Director Catherine De Bolle said that the Pandora Papers leak was a source to update and feed their intelligence in fighting against organized crime. However, the agency was "not looking at the Pandora Papers from a tax point of view, but from the point of view of the fight against serious and organized crime," said De Bolle in an interview conducted by ICIJ member Kristof Clerix, for Knack.

A Europol report issued Wednesday and seen by DW warned that the scale of money laundering impacting the European Union has been "underestimated."

However, the EU's law enforcement agency is "not looking at the Pandora Papers from a tax point of view, but from the point of view of the fight against serious and organized crime," said De Bolle in the interview with Knack, which had also worked on the ICIJ investigation.

Tax avoidance is legal in many countries, but money laundering is not. The Europol report shows that more than 80% of the criminal networks active in the EU use "legal business structures" for their illegal activities.

"In two out of three cases, money laundering occurs quite simply, through direct investment in the legal economy. Think of hotels, restaurants, real estate, gold, luxury goods, or art. But one in three money-laundering operations are complex. That's where we see these offshore locations popping up. For this purpose, criminal organizations hire money laundering experts who offer their services," De Bolle said. 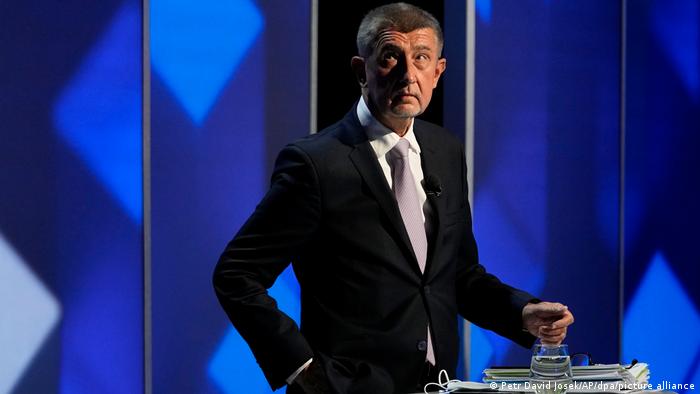 Billionaire Andrej Babis was prime minister of the Czech Republic when the Pandora Papers, linking him to offshore accounts, were released

A report from 2016 estimates that the total amount of wealth held offshore globally is €7.5 trillion ($6.6 trillion), representing over 10% of global GDP. The European share of that is €1.5 trillion, while the evaded tax is estimated to be €46 billion in the EU.

According to experts, the offshore system makes the nations poorer, as it's often people with higher incomes who use this system to evade taxes.

For example, tax revenue that could be used to increase the quality of public healthcare or education is lost to offshore accounts.

"This is particularly worrying as the Pandora Papers reveal that many of those hiding assets in offshore locations are political decision-makers," said Europol's report.

When asked about what has Europol done with data leaks and investigations in recent years, De Bolle explained how Europol works: "We only intervene when at least two member states are involved and when a member state requests our help. So far, we haven't received any questions from member states about the Pandora Papers."

But De Bolle insists this approach is standard because "financial investigations into organized crime are usually very complex and can take years."

How Kenyans react to the allegations against Kenyatta

The Europol chief referenced how the  Panama Papers leaks aided the agency after the investigation was published in 2016.

"Based on that data, we found links to more than 20 EU member states and several Europol partner countries," she said.

After the 2016 Panama Papers were published, more than 150 investigations were launched in 70 countries.