Europe has a strong video game industry, one that's competitive on several levels, but developers in Europe aren't being treated as well as their counterparts elsewhere according to a new study. 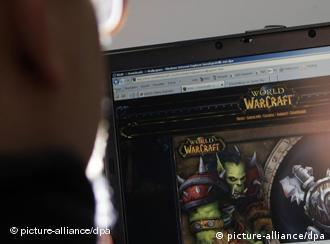 Strong growth is expected in the video games market

Unless Europe begins emulating other countries' policies regarding video game development, the future of the industry might not be so bright, according to a new EU-sponsored report.

The global video game industry is expected to grow 70 percent in the next three years according to industry analysis research by consulting firm PriceWaterhouseCoopers.

According to PWC's research, Italy, Spain, UK, Germany and France accounted for 10.9 billion euros or 15.2 billion dollars in 2009, which was 30 percent of the global video games market.

One such place doing this is the Cologne Game Lab at the Cologne University of Applied Sciences. The institute is currently halfway through its inaugural semester, with five students working their way towards a Masters of the Arts in game design in two years time.

When they're done, these men and women will be game designers or concept authors, able to fill a number of roles that require the deft blend of the creative and technical skills of game development.

But in Europe, even with the right skills, they might also find themselves struggling to be taken seriously, according to Cologne Game Lab project coordinator, Krystian Majewski. 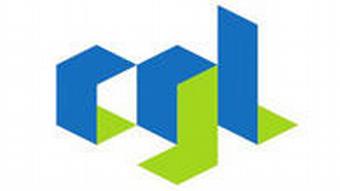 "Working on games in Europe generally still has the stigma of working on toys, of things that are aimed at children," Majewski told Deutsche Welle.

"And that's one of the big challenges I think many developers have to struggle with, especially when applying for financing and when they try to present their work as something that's valuable," he added.

It's this perception that seems to lie at the heart of the problem highlighted in the IPTS study. One of the co-authors, Jean-Paul Simon, said the numbers should speak for themselves.

"Because of the economic importance, maybe one should take a better look at what this industry is really doing," he said, and not focus "on the older perception that this is a kind of preserve for young males."

Other countries have already taken advantage of the growing video game sector according to the report, including Canada, the US and South Korea. Some of the government incentives for the industry include significant tax credits in Quebec, which led to 600-percent growth there since 2003.

Similarly in South Korea, tax credits and investment funds for research and development are part of the government's vision to be in the top three world leaders in game development.

"Initially, the [South Korean] government didn't do anything, but when they found out what we're finding now, that this is a growth industry, with spill-over effects, they decided to back the industry with all kinds of financial measures," Simon said.

German developer Crytek just announced a new online game called Warface that it's targeting to the South Korean market, and the experience of doing business in Asia has been an eye-opening one. 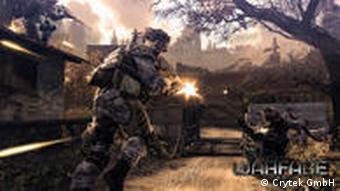 Crytek is developing a game for the South Korean market

"If you say ‘I'm a game developer' in Europe they kind of look at you like you're doing something that's not a serious job," said Cevat Yerli, Crytek's chief executive.

In addition to more respect for game development, the Asian industry is more advanced in some areas than its European counterparts Yerli said, which is a reason why Crytek chose to develop an online game there.

"If you want to understand how online works," Yerli added, "Asia seems to be ahead of Europe and the US by an average of three-to-five years."

In addition to economic justification, the industry offers spill-over effects for eServices, according to Simon.

"eGovernment has been around for at least 20 years, but most of these services are unpopular which means ease-of-use is not there," he said.

"So some of these providers could really learn from the way [games developers] are doing things in terms of easy interfaces, easy access and easy ways to interrelate with others."

As Jean-Paul Simon stressed, he and his co-authors tried to emphasize that there is a "window of opportunity" to take advantage of Europe's currently competitive video game development market.

And so, faced with such a finite window of opportunity, policy makers must decide if promoting the video game industry is as much of a priority for Europe as it is elsewhere.

But with developers in Europe competing with government-backed programs in other regions, some of the aspiring game developers from Cologne Game Lab are hearing that there are perhaps more opportunities abroad than at home.

"I was there this year, and this would be a nice place to live, and also to develop games."

When it comes to video games, kids and parents don't always see eye to eye. The Leipzig Video Game School is hoping that by explaining to adults the benefits of video games, they can foster better relationships. (15.07.2010)

Searching for a motive behind the school shooting in Winnenden, experts are again pointing the finger at violent video games. Now, a study has concluded that thousands of German high school students are gaming addicts. (16.03.2009)