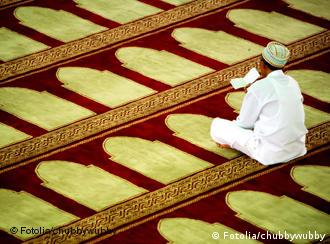 Europe will need to adapt to diversity, say experts

Currently the estimated population of Muslims in Europe is around 44 million. According to population projections from the US-based Pew Research Center, by 2030 this figure will have increased by almost a third to just over 58 million.

In Europe as a whole, the Muslim share of the population will rise from six percent of inhabitants in 2010, to 8 percent in 2030.

Pew states that factors including higher fertility rates among Muslim women and improving health and economic conditions in Muslim majority countries are reasons why the population is growing.

By 2030, Pew projected that France and Belgium would join eight other countries where Muslims make up more than 10 percent of the total population. 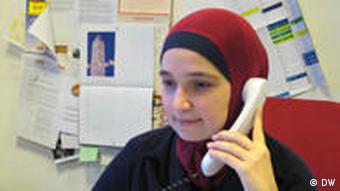 Employment is a main area of discrimination against Muslims

Tufyal Choudhury authored the 'At Home in Europe' project for the Open Society Foundation, which examined the attitudes of Muslims in seven EU countries. He told Deutsche Welle that European policymakers and practitioners would need to "adapt to diversity."

"In terms of delivery of education, employment, health services there will need to be an adaptation to greater diversity in society, not just Muslims per se," said Choudhury.

Europe will also need to improve the way it tackles discrimination, says the EU Agency for Fundamental Rights (FRA).

"One in three Muslims is being discriminated right now," spokesperson Blanca Tapia told Deutsche Welle. "The highest area of discrimination is in employment and this is a key part of the integration process, so that migrants can contribute to society."

The forecast that the Muslim population is to grow is likely to fuel the already fiery European topic of integration. The subject of how minorities integrate with majorities in society has been long debated in Germany, France, the UK and several other EU countries. 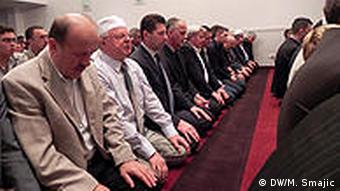 Pew said the definition of 'Muslim' used is very broadly

The balance between allowing Muslims to practice their faith in freedom and expecting them to adapt to life in a traditionally Christian culture is not an easy one.

"Integration is working," said Choudhury. "Europe doesn't see that integration takes three generations, and it is roughly where it should be when it comes to generation number two."

Choudhury argued it is part of a normal pattern for there to be tensions with second generation immigrants, as they try to find a balance between the culture and history of their parents and their sense of belonging in the European country of their birth.

"It important to recognize that what many Muslims would see as equal treatment, such as the provision of Halal meat, may be seen by non-Muslims as special, or privileged treatment," he said.

This is the area where Europe is most unsure of itself, as seen with the issue over whether to ban or allow the Islamic face veil which dominated debate in France and Belgium.

European countries will have to decide whether equal treatment means the same for everyone, or recognizing difference and diversity.

A survey recently conducted by the University of Muenster has found that Germans are considerably more negative in their views about Muslims and Jews than their European neighbors. (02.12.2010)