Passionate flamenco, delicious tapas, Moorish culture — Granada, at the foot of the Sierra Nevada Mountains, is one of the most popular destinations in southern Spain. 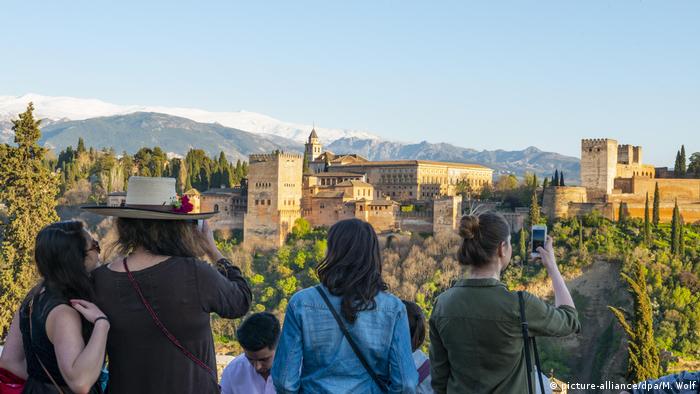 The Alhambra is a palace straight out of the tales of 1001 Nights. With over 2.7 million tourists per year, it is one of the most visited sights in Spain. Right beside it is the Generalife sultan's palace. While the elaborately designed royal residence dates back to the time of Arab rule, the cathedral in the heart of Granada is evidence of the Christian recapture of the city in the 15th century. 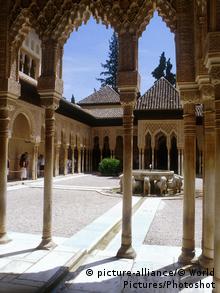 An architectural wonder: the Alhambra with its 14th century Court of the Lions

The history of Granada has been shaped by Muslims, Christians and Jews alike. Their influences are mixed in the city's districts. Today it is precisely this multicultural mix that defines the charm of the Andalusian city. Its magic has spread all the way to Asia — not least since Netflix's "Memories of the Alhambra" became one of the most successful series on the streaming service.

Due to its sheltered location at the foot of the high Sierra Nevada mountains, Granada is worth visiting all year round. What can and should you see here in 48 hours? DW presenter Meggin Leigh found out. She checked out the most exciting cities in Europe and also introduces them in the series "Meggin's perfect weekend" on DW's Euromaxx TV show.

These are Meggin's tips for Granada:

After visiting the Alhambra, immerse yourself in the historical Arabian bathing culture at the Museum El Bañuelo, Carrera del Darro, 31

Almost all the sights of the city with its 236,000 inhabitants can be easily reached on foot — for example during a free walking tour, where guests leave a tip at the end of the tour. 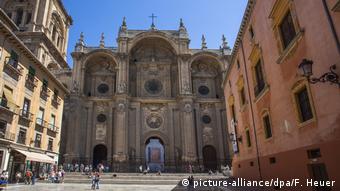 The guides also share personal stories about their city. But of course, any such city tour will lead to the cathedral, the biggest church building of Granada, or to the royal chapel Capilla Real, where many Spanish kings were buried.

The elixir of the provincial capital Granada is the mix of Arabic way of life and Spanish passion. The atmosphere of bygone days, when Granada was under Arab rule, can be felt particularly well in the Albaicín district. Like the Alhambra and the Generalife sultan palace, it has been a UNESCO World Heritage Site since 1984. At the famous viewpoint of the Albaicín quarter, the Mirador de San Nicolás, people gather at sunset to enjoy the sight of the Alhambra in front of the panorama of the snow-covered Sierra Nevada. 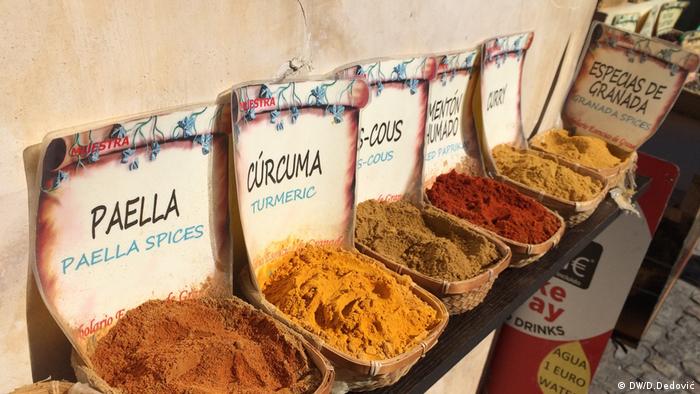 Spices are sold in the Arabic quarter Albaicin Practice flamenco dancing at the Municipal School of Flamenco in Granada

The Sacromonte district borders the Albaicín quarter. The sounds of "olé" being shouted, guitar playing and feet stamping to the beat of flamenco everywhere — this is what has given Sacromonte the reputation of being the flamenco district of Granada. Typical are the cave buildings where flamenco shows take place every evening. The gitanos, as the Spanish gypsies are called, play here with heart and soul and the flamenco dancers let emotions boil over during the shows. At the Camino del Sacromonte you will find several flamenco caves: The Cueva de la Rocio  is the oldest of them and is known as the flamenco dancers' forge. The El Templo del Flamenco has made a name for itself as Granada's largest flamenco stage, while theChien Andalou is one of the smaller stages.

Eating tapas is a kind of popular sport in Granada: To go on a tapas tour through the center of the city marks the beginning of the evening for locals and tourists alike. In many bars, every drink is accompanied by some appetizers. There are cheap tapas in the university district in the Calle Nas and the Carrera del Darro. The typical Granadine tapas include Treveléz ham, fried eggplants and fish, small squid and shark in pastry. Those who wish can join organized tapas tours that combine sightseeing and culinary delights. 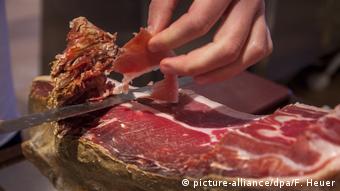 Ham from the mountain village of Treveléz

Other typical local products are honey, olive oil and the Pionono, a dessert created especially for the visit of Pope Pius in 1854. No one knows exactly if he liked the fluffy mini pastries made with eggs, flour, sugar and cinnamon — but tourists are very fond of the dessert.

Those who like to cook and want to get closer acquainted with Andalusian cuisine can book a cooking course. Courses in a fully equipped, historical cave in Sacromonte offer a special atmosphere. Some of the providers also offer a cooking course that includes shopping at the market stalls in the Albaicín quarter. For those who fancy nature and exercise after all this culture and cuisine, Granada is the perfect starting point for mountain hikes. For example into the Sierra de Huetor. An extensive network of hiking routes connects the viewpoints and caves of this nature park. Pine trees, Atlas cedars and Spanish firs combine to create a special tree population. They are the habitat of eagles, mountain goats, butterflies and dragonflies.

The nearby Sierra Nevada is the main ski area of southern Spain at an altitude of over 3,000 meters (9,842 ft). It usually offers good snow conditions from December to spring with 20 lifts, over 100 km (62 mi) of slopes and 120 ski runs. In the Sierra Nevada Ski Resort there is also a snow park with a 140-meter-long (459 ft) half-pipe, cross-country skiing tracks, ski schools and lots of ski rentals.

Charles Bridge, Prague Castle, St. Vitus Cathedral – they account for the splendor of the Czech capital on the Vltava River. But tasting Czech beer is also part of a visit to Prague. (18.10.2019)