Does Europe need an industrial strategy? If so, what should its focus be? Given Europe's vast complexity, progress on strategy demands a combination of visionary leadership and patient consensus-building. 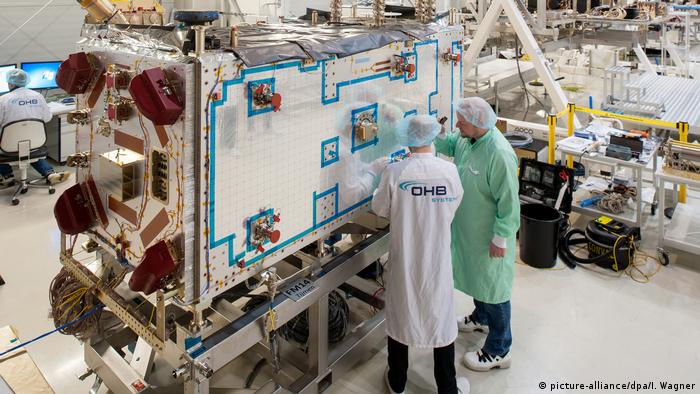 If yes, is it good enough to meet the challenges of coming years, with so much competition pressing in from Silicon Valley and its disruptive industries, and from China's gigantic investments in public projects and industrial developments? 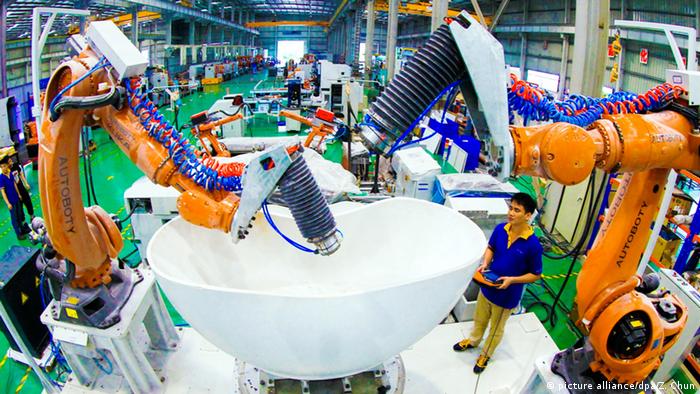 These robots in China, at work glazing bathroom products in Guangdong. The days when China was just a supplier of cheap labor are over. China presents an enormous competitive challenge to Europe's industries.

The short answers are as follows: An 'industrial strategy' is a government-coordinated plan to promote strong development of selected high-priority economic sectors.

A wide range of business associations have released statements and position papers in recent years arguing that the EU needs an industrial strategy, not least because of intense competition from overseas, especially China and the USA. The EU has heeded their calls: In mid-September, the European Commission announced its new "European Industrial Policy Strategy" (EIPS).

On September 13, Commission President Jean-Claude Juncker gave a State of the European Union speech in which he said: "I want to make our industry stronger and more competitive. The new Industrial Policy Strategy we are presenting today will help our industries stay or become the world leader in innovation, digitisation and decarbonisation."

When Juncker took office in 2014, he had proposed a push to re-industrialize Europe, and had set a target for industrial manufacturing's share of Europe's GDP to rise to 20 percent by 2020. At the time, manufacturing contributed 13.9 percent of GDP, according to Eurostat figures. By 2016, it was 14.4 percent — an increase of only 0.5 percent over two years. Clearly, to meet Juncker's target, progress will need to speed up dramatically. 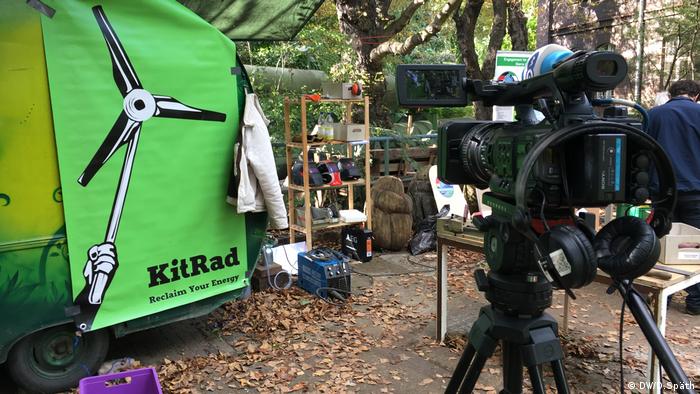 Europe needs a more vibrant, risk-embracing venture capital and startup scene — for enterprises of diverse scales, including tiny ones. KitRad, a student startup, enables people to assemble their own wind turbines.

Got all that? Good. Everyone loves a nice ten-point list.

Good enough? Maybe not quite

As to whether the Commission's new Industrial Policy Strategy is good enough — Philipp Ständer, an economist at the Jacques Delors Institute in Berlin, told DW that in his view, "what the Commission put forward isn't focused or targetted enough to constitute a proper strategy. Instead, it's a comprehensive listing of existing economic development and research initiatives." 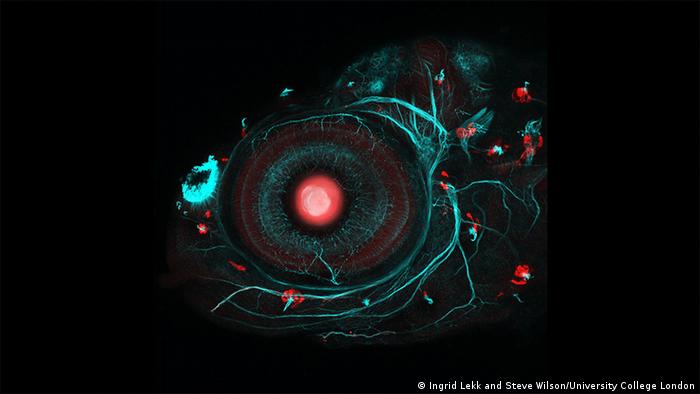 Genetically modified Zebrafish eye and neuromasts. With the advent of precise new gene editing technologies like CRISPR-CAS9, industries that make use of genetic engineering are destined to become exponentially more advanced in coming years and decades.

Such a listing is useful for providing an overview, and as a basis for better coordination of programs in future, Ständer said, but it falls short of setting Grand Challenges for key industrial sectors, with clear targets and milestones for achieving them, which is what an industrial strategy ought to do. In addition, an effective strategy would include mechanisms for pushing a lot of money into addressing the Grand Challenges.

The Commission argued that it had already been working on the elements of an industrial strategy since 2014. In 2016, the Commission presented a plan to support the digitalisation of European industry, aimed at mobilising up to €50 billion ($59.2 billion) of public and private investments for the transformation. It also, in recent years, made specific proposals for some sectors, including space, military technology, automotive and steel industries.

But Ständer said that it would have been useful to provide new impetus to other key industries as well, such as biotech, digitalisation, artificial intelligence, and cleantech, including a gamut of climate-protective technologies in energy, manufacturing and agricultural sectors.

And perhaps it soon will do so. EU's Industrial Policy Strategy is a work in progress; September's release was a snapshot, not a monument carved in stone. Like any other piece of Europe's institutional architecture, it will evolve. 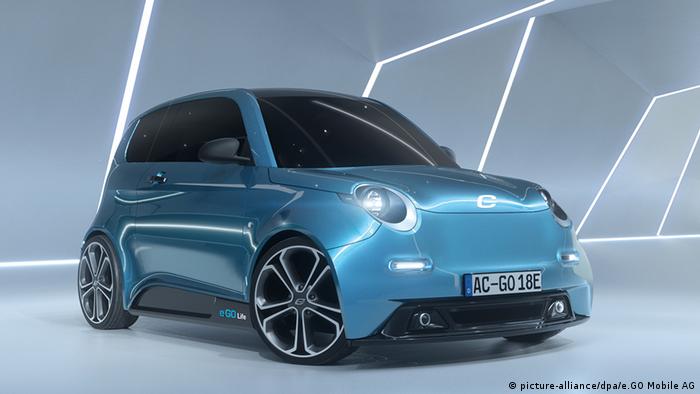 e.GO Life is an electric vehicle built by startup e.GO Mobile, which emerged from a German technical university, RWTH Aachen. Can Europe find its own Elon Musk?

Who sets the strategy?

Who should be in charge of leading the development of a focused, ambitious industrial strategy? In the context of the 27-nation EU, with its very different regional economies and complex institutional architecture, Philipp Ständer admitted that's a tough question.

The EU Commission's answer to the challenge is a multi-stakeholder consultation process headed by the Commission's Directorate, which will center on "an annual Industry Day involving all relevant stakeholders, ahead of the Spring European Council," as well as a "High level Industrial Roundtable" to provide feedback on the Commission's initiatives and advise on industrial policy implementation.

The sheer complexity of the process involved in generating any agreed policy strategy in a European context can be gauged by the title of the document from which the quotes in the foregoing paragraph are taken. The document's cover page reads as follows: 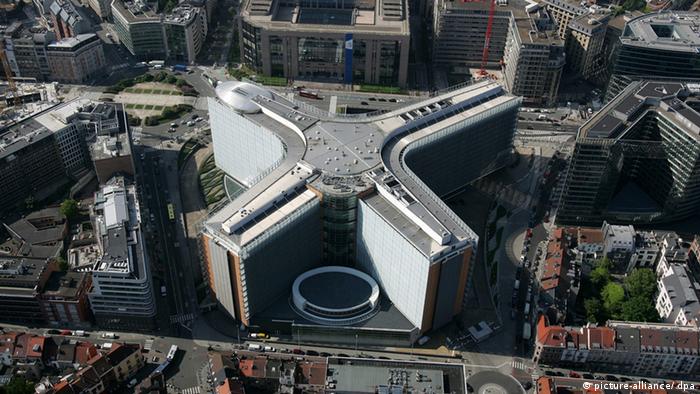 The EU's Berlaymont House, where the European Commission is headquartered, aerial view. The EU is unavoidably complex — yet somehow, at the end of the day, it works.

With so many cooks in the kitchen, so many institutional stakeholders to please, it's difficult to generate a focused plan.

Macron to the fore

Philipp Ständer said that he thought the impulse for a more focused strategy could perhaps come from the political leaders of France and Germany, "because the two countries have a similar understanding of Europe's economic challenges" — and because French President Emmanuel Macron has taken a strong stand on the issue. France's dynamic young President, Emmanuel Macron, spoke at the Sorbonne in September as a passionate promoter of European unity and progress.

In a speech at Sorbonne University in Paris in late September, Macron proposed the creation of a European Agency for Disruptive Innovation, modelled in its institutional architecture on the famously effective US Defense Advanced Research Projects Agency (DARPA) — though, unlike DARPA, Europe's agency would not be focused primarily on funding the development of new military technologies.

"Let us create within two years a European agency for innovation, to be in the position of innovator and not of follower," Macron said, adding that "the challenge is to make Europe a champion in digital, artificial intelligence and biotech [fields]. If we can do this, we will become a reference model [for the world].”

In fairness, the sheer number of position papers from various industries, departments, agencies and think-tanks on the "European industrial strategy" question shows the issue is taken seriously. Harmonising the cacophony of voices will be difficult. However, given the huge range of industries in Europe, each of which can benefit from modernizing investment, attempting to reduce the complexity of strategic plans too much would be a mistake. Each sector needs attention.

While consensus-building is necessary, ambitious leadership matters too - and to their credit, both Juncker and Macron are attempting to supply it.

Germans want a vaccine passport either immediately — 16% — or at a later date — 44%, a new poll suggests. Chancellor Angela Merkel has expressed her support, albeit once most residents have been offered that shot.