European Union to Step Up Technology Race With US | Europe | News and current affairs from around the continent | DW | 24.11.2007

European Union to Step Up Technology Race With US

EU research ministers agreed to set up a European Institute of Innovation and Technology and to create private-public sector technology partnerships as part of a drive to bridge the bloc's competitive gap with the US. 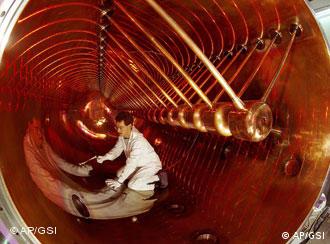 The EU is stressing the link between research and economic growth

EU research ministers agreed to set up a European Institute of Innovation and Technology (EIT) and to create four private-public sector partnerships in the field of technology as part of a drive to bridge the bloc's competitive gap with the United States.

The EIT will have a governing body, a director and an executive committee, but will not be a new institute as such, EU ministers decided on Friday, Nov. 23.

Rather, it will network and pool resources from Europe's universities and will initially seek to focus research into three broad areas: energy, climate change and information technology.

The EU has earmarked 308.7 million euros ($455 million) for the functioning of the EIT for a period of six years.

Its budget has yet to receive final clearance, but EU officials expect the EIT to be up and running some time in 2008. 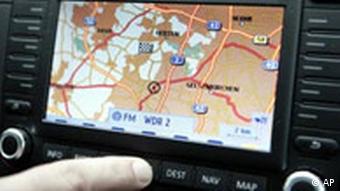 Driven primarily by industry, the JTIs will implement research programs in the fields of innovative medicines, nano-electronic technologies, aeronautics and air transport and embedded computing systems (invisible electronics and software used in cars and in an increasing range of consumer products).

A report published this week by the European Commission found that while productivity growth in the EU had gathered pace since 2005, the 27-member bloc was likely to continue lagging behind the United States for years to come.

Insufficient investments in research, development and education were identified among the root causes for Europe's slow productivity growth.

On Thursday, EU ministers made only limited progress in establishing an EU-wide patent system.

The initiative has stalled for years, in part because Italy and Spain want EU patents to be published in Italian and Spanish as well.

Scientists have said a major breakthrough this week in stem-cell research could have an impact on the ongoing debate over embryonic stem-cell use in Germany, where restrictions are particularly tight. (22.11.2007)

EU officials want to increase competition in the German energy sector by separating energy production and distribution activities, amid sharply rising prices that have sparked widespread debate in Germany. (12.11.2007)

Do you think that the EU will manage to bridge the technological gap with the US? Please include your name and country in your reply.