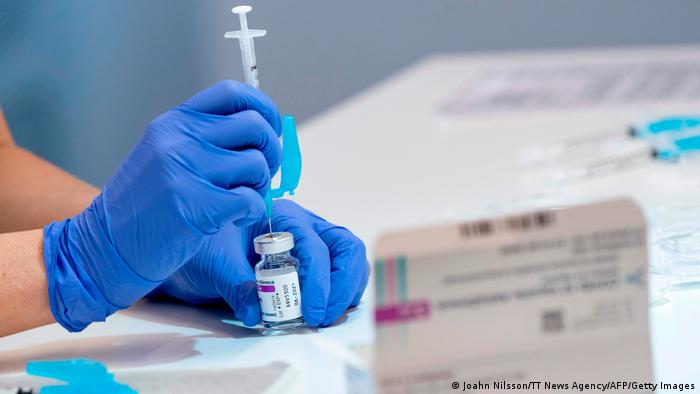 Trust in AstraZeneca's coronavirus vaccine is faltering in many European nations, a poll revealed on Monday.

The survey conducted by YouGov, a British polling firm, shows that a majority of people in some of the biggest European Union member nations — including Germany, France, Spain and Italy —  now deem the vaccine to be unsafe.

The poll involved around 8,000 people in seven European countries between March 12 and 18.

Public confidence in AstraZeneca's shot is plunging at a time when the continent is battling resurgent infections and reports of rare blood clots are being linked to the vaccine, with at least 13 countries briefly halting its use.

YouGov reported in its poll that 55% of Germans now see the Anglo-Swedish pharma giant's jab as unsafe — a 15-point increase in a month, while 32% of Germans consider the vaccine to be safe.

In France, 61% of the people surveyed considered the shot unsafe.

Both Italy and Spain saw a 27-point rise in the total number of people who do not have faith in the vaccine.

No such spike in fears over safety was reported for other coronavirus vaccines, like the ones developed by BioNtech-Pfizer and Moderna.

Britain is the only country where the pollsters reported no effect on trust among the public over blood clot reports.

Two-thirds of the British respondents found the vaccine safe as against 9% who did not.

AstraZeneca vaccine, which is co-developed with scientists at Oxford University, is being used in Britain's national inoculation drive since January.

Many EU countries have resumed the use of the jab after European Medicines Agency (EMA) said in an initial safety review last week that the vaccine was safe and not linked to the increase in overall risk of blood clots.

However, the EMA has not ruled out a possible link with rare cases of blood clots.