The exception at an event in South Africa was made due to extreme heat. Some players said they hoped it would pave the way for shorts to be regularly worn on the course. 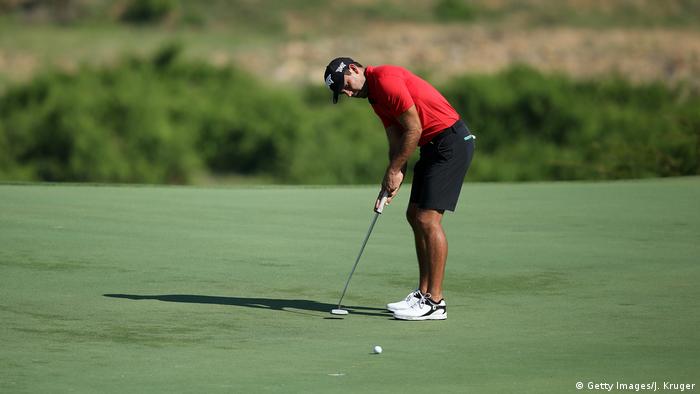 Golfers were wearing shorts for the first time on the European Tour on Thursday due to extreme heat at an event in South Africa.

Shorts are normally prohibited on the course but the rules were relaxed for the Alfred Dunhill Championship in South Africa where temperatures were expected to reach 40 degrees Celsius (104 F) over the next few days.

"The temperatures will increase as the week goes on, which is uncomfortable and could be a health issue for the players. A lot of players were concerned about it. In these temperatures it can be pretty uncomfortable out there in trousers, so the feedback from the players has certainly been positive," tournament director David Williams said.

The exception applies for this event only, but players said it may be a breakthrough for the sport.

"Golf has been moving in this direction and because of the extreme heat we need to make it as comfortable for the players as we can," 2019 European team Ryder Cup captain Thomas Bjorn said.

"It's been talked about for so long on all of the tours around the world… I think this could be a game-changer for golf which could end up enhancing the product,'' he said.

Rory McIlroy said: "It makes the guys a lot more comfortable. I don't think there's anything wrong with professional golfers showing the lower half of their leg.''

The European Tour has allowed shorts for practice since 2016. The PGA Tour adopted this rule in 2019.

'Total economic transformation' — getting from here to there on climate change

The climate impact of economic growth is putting the ability to live at risk. But growth is also necessary to improve living standards, especially in poorer nations. Experts say there is a way out of the downward spiral. (28.11.2019)

The UN's meteorological agency has said CO2 levels are accelerating at the highest rate on record and showing "no sign of a slowdown." The report comes one week ahead of a UN climate summit in Madrid. (25.11.2019)

Bushfires blanket Sydney in smoke ahead of heat surge

Officials advised Sydney residents to stay indoors as parts of Australia's most populous city were covered in smoke from nearby bushfires. Firefighters warned that more hot and windy days were on the way. (19.11.2019)

ICYMI: Stories to put a smile on your face 1h ago