Five European powers called on Israel to "cease its policy of settlement expansion" across the West Bank. Over 500 settlement homes are slated to be built in the territory. 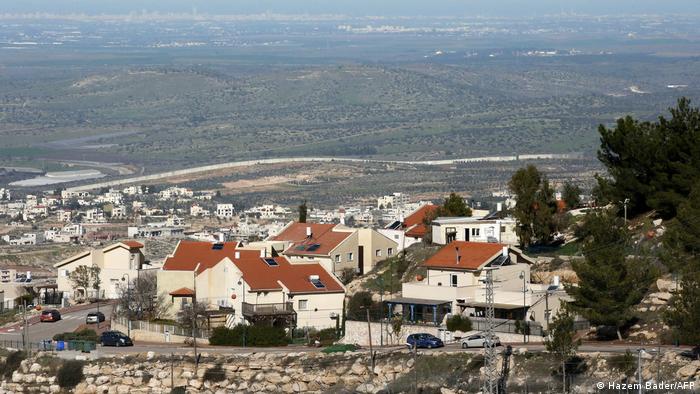 Israel's construction of settlements is illegal under international law

The foreign ministers of Germany, the UK, France, Spain, and Italy on Thursday called on Israel to stop the construction of illegal settlements in occupied Palestinian territories.

"We urge the government of Israel to reverse its decision to advance the construction of 540 settlement units in the Har Homa E area of the occupied West Bank, and to cease its policy of settlement expansion across the Occupied Palestinian Territories," the foreign ministers said in a joint statement.

"Settlements are illegal under international law, and threaten prospects for a peaceful resolution to the Israeli-Palestinian conflict."

"We call on both sides to refrain from any unilateral action and resume a credible and meaningful dialogue, to advance efforts for the two state solution and an end to the conflict."

On Monday, the Israeli District Committee for Jerusalem published its decision to approve the plan to build 540 housing units to expand the Har Homa settlement between East Jerusalem and Bethlehem in the occupied West Bank.

Israel is currently in the process of attempting to form a government after President Benjamin Netanyahu lost his mandate to form a coalition. Four consecutive elections have ended in a dead heat.

Netanyahu has pursued an agressive policy in regards to settlement-building.

Centrist opposition leader Yair Lapid has been tapped to form a government, but to do so he may have to partner with religious nationalist Naftali Bennett, who is pro-settlement.

There have been repeated clashes in East Jerusalem over recent weeks due to the attempted eviction of Palestinian families on land claimed by settlers.

Israel has given the green light for new settler homes in the occupied West Bank, ending an eight-month lull in settlement expansion. The decision has dealt another blow to hopes of a wider Israeli-Arab peace deal.

The US secretary of state said he supported labeling products made in Israeli settlements as "Made in Israel" when imported to the US. Palestinians said the US was helping Israel cement its control over the West Bank.