The European Parliament has decided against implementing a controversial EU-wide nutrition labeling system that rates food products by their fat and sugar content with the colors green, yellow, and red. 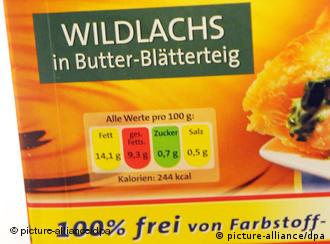 Many argued the traffic light system was clear and easy

The European Parliament decided in Strasbourg on Wednesday to implement a new EU-wide system of nutrition labeling, but the ruling went against the highly-debated color-coded system.

"We have decided against requiring the color-coded nutritional labeling system in Europe as well as against allowing EU member states to require it nationally. The system may be implemented, however, on an optional basis," read a statement from Strasbourg. 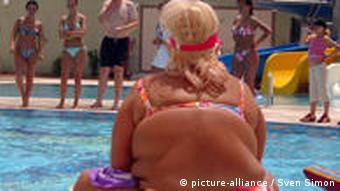 Obesity is becoming more and more of a problem in Germany

The parliamentarians called for a system that indicates more clearly how much fat, carbohydrates (sugar), and sodium each food and drink product in European supermarkets contains. They suggested the information be given in amount per 100 grams as well as in percent daily value of a 2,200 calorie diet.

The rejection of the color-coded system, however, was met with extreme criticism by consumer protection groups in Germany.

Sarah Ruhland, a spokeswoman for Foodwatch, an organization that looks out for German consumers and food quality in the country, told Deutsche Welle that Wednesday's ruling was "extremely disappointing."

"This makes it completely clear that the majority of European Parliamentarians couldn't withstand the massive lobby pressure from Coca-Cola and Nestle & Co," she said. "It remains to us a mystery how European politics will solve the growing problem of obesity in society, if it doesn't even have the guts to stand up to the food product industry." 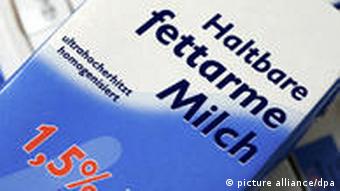 German products will remain free of the traffic light label

Ruhland went on to explain that seven out of 10 Germans were for the color-coded system and also that scientific studies had already confirmed its effectiveness displaying the potential dangers of supermarket food products.

"This decision was not made in the interest of European citizens," said Ruhland. "Organizations throughout the continent including doctors, pediatricians, nutritionists, and even insurance companies were all in support of the 'traffic light' system. To decide against these organizations is unfathomable."

Not all nutritional organizations, however, were in favor of the color-coded system. The German council on nutrition (DGE), for instance, welcomed the rejection, as did the country's federal ministry for food, agriculture, and consumer protection. 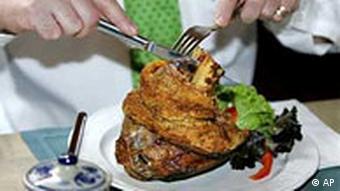 The DGE argues that Germans must change their habits

DGE Spokeswoman Silke Restmeyer told Deutsche Welle that the color-coded system not only had no effect on communicating the nutritional value of a food product, but rather that it also confused consumers.

"A food product with a red warning on it tells consumers nothing, really. What does this mean? All products high in fat and sugar aren't necessarily dangerous or make our society fat. Just as all 'green' products can't be consumed in excessive amounts," Restmeyer said.

We don't need a 'traffic light' to make decisive changes; we need much more awareness and knowledge of how to use products. Color systems and nutrition labeling should not mix," she added.

Following Wednesday's ruling, the council of the EU's 27 food ministers is now set to review the findings. Only after consensus has been reached between the council and the parliament can a mandatory nutrition labeling system be put in place.

German bakers make their bread with pride and a bit more salt than their European neighbors. But should regulators in Brussels ban them from marketing their bread as "healthy"? (25.03.2010)

The good old German currywurst is poised for fame. A restaurant in the northern city of Hamburg apparently does the dish so well that it even squeezed a tingle out of the hardened taste buds of the Gault Millau critics. (15.12.2009)