The EU funds Le Pen has been ordered to repay relate to money she claimed for a parliamentary secretary. The court said Le Pen "has not been able to prove that her assistant performed actual work for her." 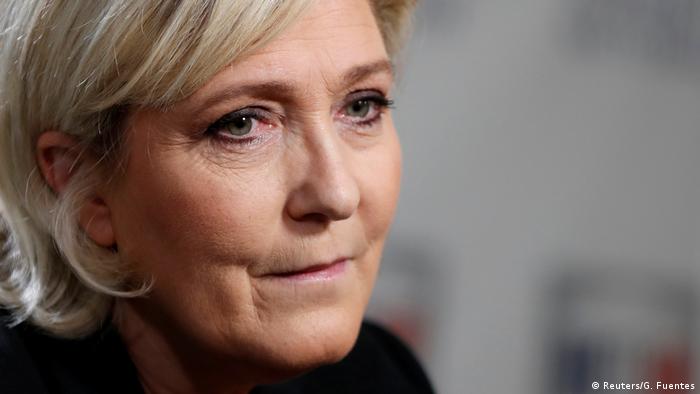 Le Pen is the leader of France's far-right National Rally party, until recently known as the National Front.

A statement from the General Court said it "confirms the decision of the European Parliament" to recover the money from Marine Le Pen on the grounds she "has not been able to prove that her assistant performed actual work for her."

Le Pen told French news agency AFP that she would take the case to the Court of Justice, the EU's highest court.

"This ruling is based not on the substance of the case but on a procedural aspect. We are going to appeal against this decision," she told AFP.

Le Pen is not the first politician to face allegations of misusing EU funds. In 2017, eight MEPs from Britain's far-right UKIP party were accused of misusing funds.

In January 2018, Nigel Farage was docked half of his pay for 10 months after auditors found he misspent EU money when an assistant who was engaged to work with the MEP was found to have also been working with the anti-EU UKIP party as national nominating officer, with his salary coming from the EU funds.

In June 2017, then French Defense Minister Sylvie Goulard resigned from government after a preliminary investigation was launched into claims her Democratic Movement party had misused EU funds.

The French parliament has lifted far-right leader Marine Le Pen's immunity from prosecution. A judge can now call her in for questioning over a series of tweets. (08.11.2017)

Le Pen published the photos in response to a journalist who had compared the far right to jihadi militants. The Front National politician faces up to three years in prison if found guilty. (01.03.2018)

A new alliance of centrist politicians in France is good news for those wanting to prevent Marine Le Pen from winning the French presidential elections. Nonetheless, there is still a looming threat of populist success. (26.02.2017)