Europe Without Borders Threatens Ex-Pats Without Visas | Europe| News and current affairs from around the continent | DW | 16.12.2007

As of 2008, the Czech Republic will join the Schengen agreement, meaning that people with right papers can travel freely to most other EU nations. But that's created a hassle for one prominent subculture in Prague. 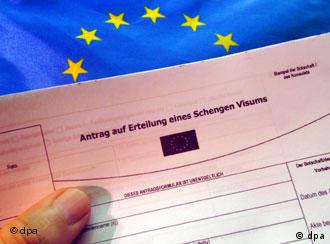 Ever since the fall of communism, the Czech capital Prague has been a magnet for young Americans. The rents were cheap, the beer was good, and ex-pats needed only to hop across the border every three months to renew their status as "tourists."

But that situation is set to change on Jan. 1, when the Czech Republic, together with eight other newer EU members, becomes party to the Schengen agreement. 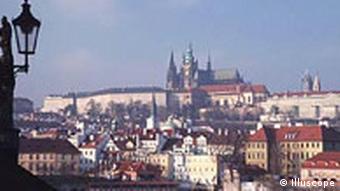 There are lots of reasons to want to stay in Prague

Ex-pats will now have to depart the Schengen zone -- the nearest countries being Switzerland, Ukraine and Romania -- in order to officially leave the Czech Republic. And tourist visas will only permit holders to reside within the zone for three months in any six-month period.

The US embassy estimates the number of "Yappies" (Young Americans in Prague) to be around 5,000, but the actual figure may be far higher. The approach of Schengen has caused those, who never bothered getting the proper paperwork to feel very skittish.

"I was afraid I might have to leave the country, or at least go away for a time," long-term ex-pat Eric Snow told the AFP news agency. 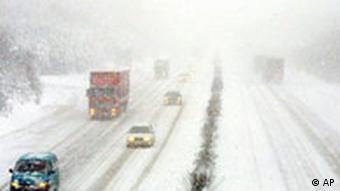 As of Jan. 1, a quick drive across the border is no longer an option

Snow decided to upgrade his visa so that he could stay. But it was the beginning of a long and arduous paper chase.

A Web site set up to help ex-pats was of no use, as was a trip to the Czech consulate in Dresden, Germany to try to get his visa changed.

Eventually, he had to hire an expert to help him through the bureaucratic maze. 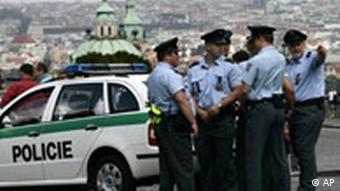 Snow paid the equivalent of 190 euros ($279) to sort out his situation. The need of ex-pats for assistance in dealing with immigration officials has created a business opportunity for native Czechs.

"We have got about twice as much interest as we did at this time last year," visa-enabling agent Nora Vinduskova told AFP. Vinduskova said her clients also included people from Australia, Canada, Japan and Thailand.

In the end, Snow got what he wanted, but the clock is ticking fast for some other members of Prague vibrant ex-pat community.

Just weeks before Poland joins the visa-free Schengen area, DW-WORLD.DE spoke with a spokesman of the Polish border patrol about the disappearance of Europe's internal borders -- and German concerns. (29.11.2007)

The European Parliament is set to extend its passport-free travel zone, known as the Schengen area, to nine more member countries by December 21st. (15.11.2007)

What do you think about the Schengen agreement? Send us an e-mail. Please include your name and country in your reply.