Europe on alert over spread of Ebola virus

The EU is readying itself for any spread of Ebola from West Africa to Europe, after a suspected case in Spain turned out to be a false alarm. In Britain, officials held a crisis meeting to discuss the threat. 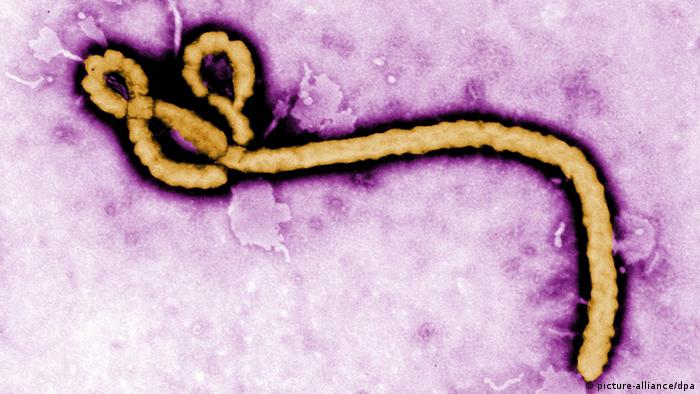 Brussels on Wednesday allocated an extra two million euros ($2.7 million) to fight the spiraling outbreak, which has already killed 670 people in West Africa.

The figure brings the amount to 3.9 million euros, with the EU also deploying experts to the region to help victims and prevent the spread of the disease. According to the World Health Organization, the outbreak is the largest ever to have taken place, in terms of cases, deaths and geographical spread.

"The level of contamination on the ground is extremely worrying and we need to scale up our action before many more lives are lost," said the EU's Humanitarian Aid Commissioner Kristalina Georgieva.

In Britain, there was a meeting of the COBRA crisis management committee, which is assessing the level of threat and possible countermeasures to be taken.

Foreign Secretary Philip Hammond - who chaired the meeting - said that, while there were no known cases in Britain, the disease remained a "very serious threat."

"We are very much focused on it as a new and emerging threat which we need to deal with," said Hammond.

The disease, a form of hemorrhagic fever that can cause severe fever, unstoppable bleeding and organ failure, can kill victims within days and is highly contagious. The type of virus behind the current epidemic, Zaire, is the deadliest of three Ebola strains that can kill humans.

Medical authorities in Britain say they are monitoring the situation closely.

"We have alerted UK medical practitioners about the situation in West Africa and requested they remain vigilant for unexplained illness in those who have visited the affected area," said Dr Brian McCloskey, director of global health at Public Health England.

One person has been tested for the disease in the UK, but the result proved negative. There was also a false alarm in the Spanish city of Valencia, according to an EU source. "It turned out to be negative," the source said. "The system worked. The patient was isolated and the tests were carried out quickly."

However, in an interview the Belgian newspaper La Libre, a leading official from the medical charity Doctors Without Borders (MSF) warned that there was no comprehensive plan on how to deal with the disease. A major problem, according to MSF director of operations Bart Janssens, was the lack of rapid identification - particularly in Liberia and Sierra Leone.

"We are extremely worried by the turn of events, particularly in these two countries where there is a lack of visibility on the epidemic," said Janssens.

"If the situation does not improve fairly quickly, there is a real risk of new countries being affected."

"That is certainly not ruled out, but it is difficult to predict, because we have never known such an epidemic."

There have been 1,201 cases of Ebola in Guinea, Liberia and Sierra Leone since March, with one isolated case in Nigeria