Europe desperately seeking answers on Iraq | World | Breaking news and perspectives from around the globe | DW | 14.08.2014

While the crisis in Iraq deepens, Europe has been slow to react - reluctant to be drawn into another quagmire in the region. However, more forceful action may be required, writes Julien Barnes-Dacey. 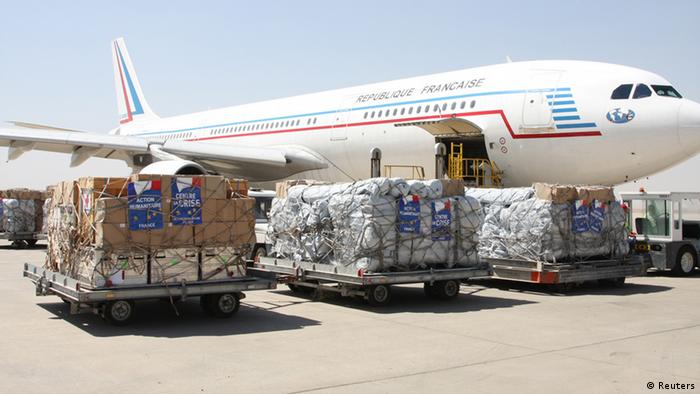 Rightly, Europe remains hesitant about moving in military support of Baghdad given its continued inability to establish an inclusive government that addresses the fundamental political grievances that have enabled the "Islamic State" (IS) militant group's rise.

But armed support for the Kurds to defend the hitherto stable region, now under imminent threat from IS, and provide some urgent humanitarian cover, represents a far narrower and immediately attainable mission. Critically, and unlike in Syria, where the West has struggled for three years to find a reliable address to which it can deliver armed assistance, the Kurdish regional government and peshmerga [Kurdish fighters - the ed.] represent a dependable and long-standing partner with whom Europe feels confident it can engage militarily.

Already, France has announced it will ship weapons to Irbil, and other European states including Italy and Holland have reportedly expressed a willingness to support this effort. Germany, long reluctant to provide weapons in war zones, has also suggested some willingness to move in this direction.

To be sure Europe's response to the developing crisis in Iraq has been slow. Even before IS's recent surge deep into Iraqi territory, the warning signs were flashing brightly. The seizure by IS of Fallujah and Ramadi last January, coming on the back of the group's deepening presence in Syria, hardly solicited a mention, let alone any meaningful European action to try and stem the advance.

There are of course understandable reasons for this European hesitation. Eleven years after deeply divisive Western intervention in Iraq unleashed a civil war and opened the door to the sectarianism which is now ravaging the entire region there is little appetite to jump back in. 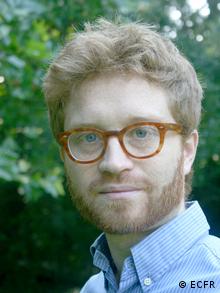 Despite the brutality on display Europeans are not blind to the complexities of the current conflict and the difficulties outsiders face in trying to resolve it. For one, the situation in Iraq is directly tied to the civil war in Syria - and the accompanying broader regional war - where after three years of terrible bloodshed Europe has had little impact in helping forge a solution. Equally, Europe is well aware that IS's surge into Iraq is based on critical alliances with local Sunnis, reflecting a broader civil conflict pitting disenfranchized Sunnis against the Shia government in Baghdad.

In this context there has been next to no mention among Europeans of supplying arms to Baghdad. Like the US, some European states could eventually move to bolster Baghdad militarily if it forms a new inclusive government - as some hope the new Prime Minister-designate Hayder al-Abadi will now move to do - but that scenario remains some way off still.

However, the provision of weapons to the Kurds is something around which European states appear to slowly be edging toward some unity on - and is a step which could make an immediate difference. Arming the Kurds represents a means to help halt IS's advance toward the Kurdish capital of Irbil, as well as its brutal assault on minorities, notably the Yazidis, without detrimentally exacerbating the politics fueling the wider Iraqi crisis by backing the perceived sectarian central government in Baghdad.

Fears that arming the Kurds will empower their long-standing desire for independence, further fueling the political disintegration of Iraq - as it probably eventually will with profound consequences - have been seconded to these more immediate security and humanitarian concerns.

Clearly limited European military support to the Kurds will not fundamentally shift the dynamics of the wider battle against IS, whose primary target remains the Shia community and the march on Baghdad, not the Kurds and Irbil. A strategy that seeks to fundamentally defeat the jihadist group will only materialise on the back of a political deal in Baghdad that draws Sunnis into an urgently needed cross-sectarian coalition against the jihadist group - and in so doing potentially secures Western military backing.

It will also necessitate going after IS in Syria as much as in Iraq. A military campaign that solely targets IS in Iraq but leaves it a free hand to continue mobilizing in Syria is doomed to failure.

Of course, the longer the current political crisis in Bagdad endures and with IS' advance continuing unabated, the greater the pressure Europe and the West will face to unilaterally escalate their military involvement whatever the state of Iraqi politics. In the end, despite fears and pledges to the contrary, the provision of military support to the Kurds may be the beginning of a far deeper and longer military campaign.

Julien Barnes-Dacey is a senior policy fellow in the Middle East and North Africa Programme for the European Council on Foreign Relations (ECFR).

After years of trying to extricate the US from direct military engagement in the region, the carnage wreaked by IS fighters has propelled Obama to use force in Iraq. But why Iraq and not Syria, the group's stronghold? (13.08.2014)