Europe Defends Biofuels as Debate Rages | Europe | News and current affairs from around the continent | DW | 14.04.2008

Europe defended biofuels against charges that their production is a "crime against humanity" that threatens global food supplies. Yet pressure continues to mount for the European Union to back off on its biofuel targets. 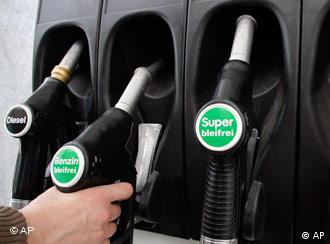 Biofuels are coming under mounting criticism

The European Union said it is sticking to its biofuel goals despite mounting criticism from top environmental agencies and poverty advocates.

"There is no question for now of suspending the target fixed for biofuels," Barbara Helfferich, spokeswoman for EU Environment Commissioner Stavros Dimas said Monday, April 14.

But her boss struck a different tone, acknowledging that the EU had underestimated problems caused by biofuels and saying that the 27-nation block planned to "move very carefully."

Yet the EU is wary of abandoning biofuels amid worries that doing so could derail its landmark climate change and energy package. In it, Europe pledged to reduce carbon dioxide emissions by 20 percent by 2020. Part of the package includes setting a target for biofuels to make up 10 percent of automobile fuel.

Biofuel a culprit in food crisis 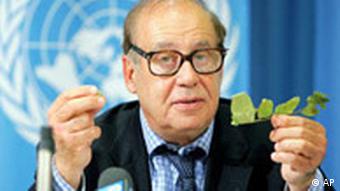 In recent months food prices have increased sharply. Biofuels are seen as one of several culprits. Land that used to be planted with food crops has been converted to biofuel production, which has increased prices.

UN Special Rapporteur for the Right to Food Jean Ziegler told German radio Monday that the production of biofuels is "a crime against humanity" because of its impact on global food prices.

The UN's Ziegler isn't alone in his criticism of biofuel.

Last week the European Environment Agency (EEA), advisors to the European Commission, recommended suspending its biofuel target. The EEA argued that the EU will have to import biofuel from abroad, which will accelerate destruction of the rainforests. The agency also questioned biofuel's environmental benefits.

"There will be nothing left to eat," Letmathe said. 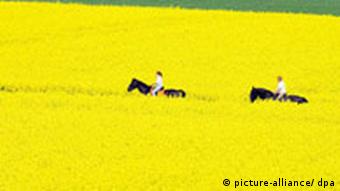 Land is increasingly being devoted to biofuel production

The concern has become acute now that rising food costs, particularly for staples such as rice and wheat, have sparked violent protests in a dozen countries in recent months. 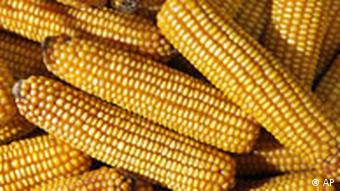 Michael Mann, spokesman for EU Agriculture Commission Mariann Fischer Boel downplayed the role of biofuels in the current crisis. There's no danger that too much food production is shifting to biofuels, Mann said.

Boel, however, has said she wants to get rid of EU subsidies for biofuels, which currently amount to 90 million euros each year. EU countries will meet May 7 to discuss strict criteria for producing biofuels.

Environment Commissioner Stavros Dimas said the EU had initially underestimated the danger to rainforests and the risk of forcing up food prices from its policy of setting binding targets for the use of biofuels.

"We have seen that the environmental problems caused by biofuels and also the social problems are bigger than we thought they were. So we have to move very carefully," he told the BBC. 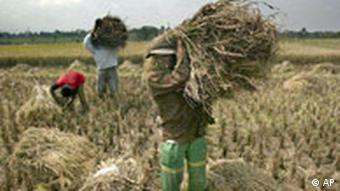 A sharp rise in rice prices has triggered instability

European leaders have stressed they are interested in "second generation" biofuels including leaves, straw and pond algae. Biofuels currently under production – biodiesel and ethanol – are made from wheat, corn and sugar beets.

The German government has said it might scrap plans for a 5 percent rise in the amount of biofuel added to gasoline. The move has been prompted by concerns about motorists with cars that are not biofuel compatible. (22.02.2008)

Do you think biofuels do more good or more harm in the long run? Please include your name and country in your reply.