Europa League: Mönchengladbach have the edge ahead of Schalke showdown

Borussia Mönchengladbach play Schalke for the third time in less than two weeks as the two German sides battle for a place in the Europa League quarterfinals. The first leg finished 1-1 last week. 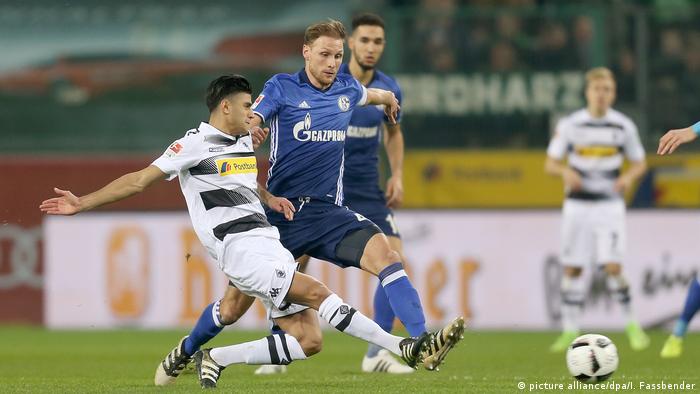 Borussia Mönchengladbach coach Dieter Hecking believes his side has a "51 per cent chance" of reaching the Europa League quarterfinals as they prepare for the second leg of their Europa League last-16 tie against Schalke at the Borussia-Park on Thursday.

It's the third time the two teams have met in 13 days following a 4-2 win for Gladbach in the Bundesliga and a 1-1 draw in last Thursday's first leg in Gelsenkirchen, which gave the Foals a vital away goal.

The three games may have come in quick succession but both teams have experienced a slight change in fortunes in that time. Gladbach's win in the Bundesliga two weeks ago marked a high-point for the Foals under new manager Dieter Hecking and left Markus Weinzierl's Schalke winless in five.

Schalke back in business

But the Royal Blues have responded well. They were the better team for long periods in the first leg last week and secured a comfortable 3-0 victory over Augsburg at the weekend, and Weinzierl is keen to see the trend continue.

"We should have won the first leg but we didn't quite manage it," he told press ahead of the game. "We're improving game by game. We lost 4-2 and then drew 1-1 - so we know how the third game is going to go!"

Weinzierl confirmed that attacking options Sead Kolasinac and Leon Goretzka should be fit after picking up slight knocks but reserved most praise for Austrian winter signing Guido Burgstaller, whose brace against Augsburg on Sunday took his tally to six since arriving in the Ruhrpott. 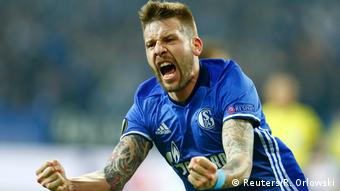 "We've got a fantastic player and a super character in Guido. He gives everything for the team," he said, emphasizing his importance when the two teams meet this evening.

"Gladbach at are at home and they've got their away goal. We know we have to score otherwise we're out. So the plan now is to go and score one or two goals to reach the next round."

Their opponents have enjoyed an impressive resurgence under Dieter Hecking but lost for the first time in six away at Hamburg on Sunday. Strike duo Lars Stindl and Raffael, who have scored a combined 26 goals in all competitions this season, missed the trip north through injury and illness respectively, but Hecking has dismissed suggestions that the busy calendar is taking its toll.

"Fatigue isn't a problem for us - it's something that has been created outside of the club," he said, ahead of Gladbach's 40th game of the season - more than any other German team. "All we are thinking about is why we fell short in one or two areas in Hamburg but that had nothing to do with energy." 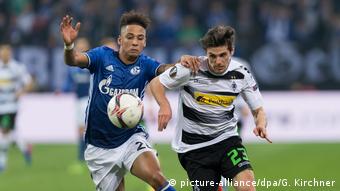 "We regenerate really quickly," added midfielder Jonas Hofmann, who scored his team's crucial away goal in the Veltins Arena last week. "Two days after a game we are all fresh again so energy levels aren't an issue. You can tell by the distances we cover and our sprint statistics."

On the injury front, coach Hecking confirmed that Raffael has now recovered from his bout of flu and that captain Stindl could be available after a hip problem. "Lars has completed individual training and we are doing everything we can to ensure he is able to play. We'll see tomorrow."

A repeat of the 1-1 result from the first leg will see the match go to extra time and maybe even penalties. Neither team has practiced, according to the managers, but Schalke may feel that goalkeeper Ralf Fährmann's reputation as a penalty-saver will give them an advantage. In total, only 50% of the penalties he has faced in his career have found the net - a record ratio. 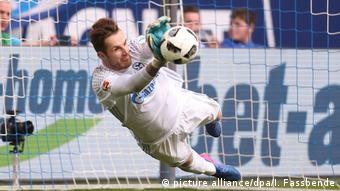 Fährmann's penalty save against Augsburg's Paul Verhaegh at the weekend was his third already this season - a record for a Schalke goalkeeper and Fährmann has revealed his secret:

"It's a team effort," he said this week, referring to the extensive video preparation with his goalkeeping coaches. "Our research suggested that Verhaegh likes that corner so I dived to the right."

Dieter Hecking appeared more relaxed, saying: "You can't simulate that sort of situation. Whoever is feeling good will step up when needed."