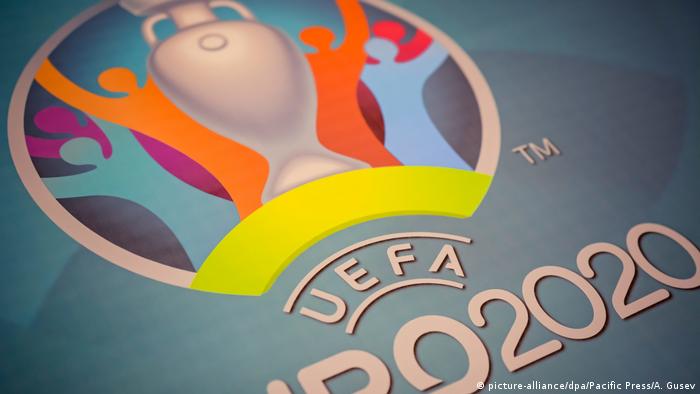 "Yesterday I spent some time trying to work out the format," said Germany coach Joachim Löw ahead of the draw for EURO 2020, which takes place in Bucharest on November 30. "With some help from two or three others I did grasp it in the end," he added with a wink.

The draw for next year's tournament is a complicated affair. This is partly due to the large number of host nations, who cannot be drawn together in the first pan-European edition of the tournament. Seven of the 12 hosts have already qualified, while the remaning four still have hopes of making it through the Nations League playoffs in March.

Complications if Kosovo make it

In addition to this, there are several other nations that UEFA will ensure are not drawn in the same group. Ukraine and Russia will not meet each other at this stage as a result of the ongoing conflict between the two states while other potential "forbidden matches" could arise depending on whether Kosovo, Serbia or Bosnia-Herzegovina make the tournament.

According to UEFA, six "prohibited team clashes" are currently on their list and should be prevented in European competitions: Ukraine against Russia (since 2014), Kosovo against Serbia (2016), Bosnia-Herzegovina (2016) and Russia (2019), Armenia against Azerbaijan (2010) and Spain against Gibraltar (2013). These are determined by the UEFA Executive Board - or, if things need to move quickly, by the Emergency Panel, a five-member committee headed by the UEFA President Aleksander Ceferin.

Distortion of competition or security first?

Critics argue that this amounts to a distortion of the competition and accuse UEFA of violating its own oft-repeated mantra of keeping politics out of football.

"It is of the utmost importance for UEFA that the safety of fans, players and all relevant players is guaranteed in all UEFA competitions," the association said in defense of its strategy to DW. 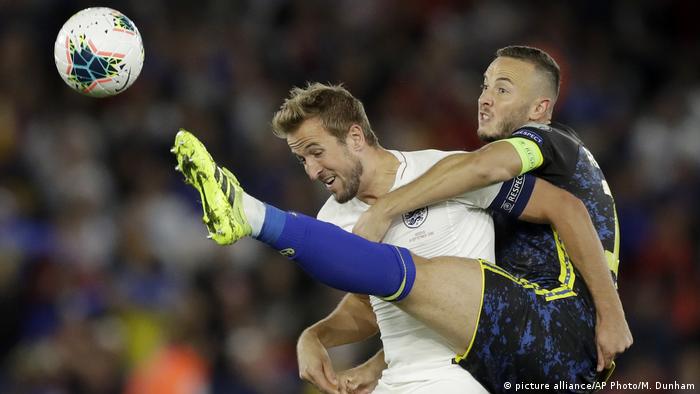 "While UEFA is adamant that sport and politics should remain separate, there are occasions where clubs and national teams from certain national associations have to be kept apart until further notice because safety and security cannot be guaranteed," the organization added.

A "good portion of pragmatism" is involved in these decisions, Professor Jürgen Mittag told DW. The scientist heads the Institute for European Sports Development and Leisure Research at the German Sport University Cologne.

"Like FIFA or the IOC, UEFA is endeavoring to prevent excessive political influence on major sporting events," said Mittag. "On the other hand, they know very well that football cannot be apolitical, given its importance. UEFA is trying to balance these two factors."

Five years ago, a UEFA representative mentioned three criteria used by the organization to decide whether a clash between Serbia and Albania should be included in the list of banned matches: Do the two countries have normal diplomatic relations? Is there an armed conflict? And has one of the federations made a request to stop playing against the other?

This is no more than a rough guideline, said Professor Mittag, who believes that decisions are usually made pragmatically in such circumstances. The academic added that during the Cold War, UEFA acted as "something of a bridge builder," facilitating games between members of the two ideologically opposed blocs. But since then, things have become much more complex. 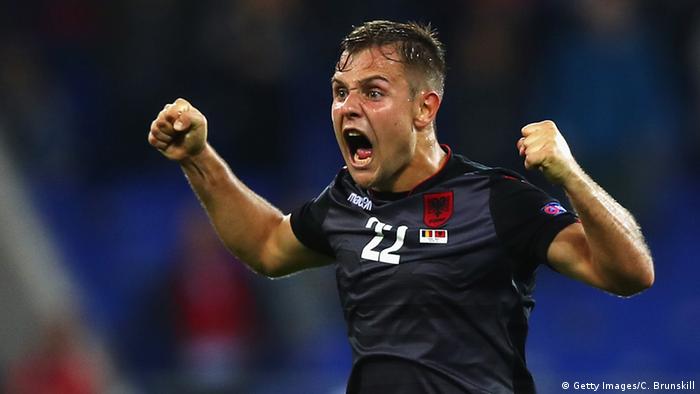 "Today there are many more actors. Just think of the match between Bulgaria and England [England's 6-0 qualifying win in Sofia in October was interrupted several times because English players had been racially abused]. There are the fans, the associations, the media pressure. These are far more complicated tensions than in the past, which make it more difficult for UEFA to draw a clear line: What do we allow to happen and what don't we?"

Football can't only - as in the Cold War - build bridges, "it can also increase tensions," Mittag added. "UEFA has to look very carefully and sensitively at this."

In its statement to DW, the football's European governing body noted that the "black list" is not set in stone, pointing to the example of Georgia and Russia, whose clubs and national teams were allowed to meet again in 2014 after UEFA's previous security and safety concerns were eased.

While UEFA are able to prevent the blacklisted matches in the group stage, their banned list may not be enforcable once the tournament reaches the knockouts. Such a scenario was almost tested in the 2014-15 Europa League when two Ukrainian clubs (Dnipro and Dynamo Kiev) and Russian outfit Zenit St. Petersburg made the quarterfinals.

Sometimes political situations can be helped, at least temporarily, through sport. Perhaps that may even be the case at EURO 2020.

Germany will not be challenging to lift the European Championship trophy in 2020, and that's fine given the team's new development cycle. The current squad lacks in two key areas, writes DW's Jonathan Harding. (20.11.2019)

Germany clinched qualification for EURO 2020 as winners of Group C. In a topsy-turvy qualification campaign though, which players helped or hurt their prospects in the national team’s pecking order? (20.11.2019)