The Netherlands' first appearance at a major tournament in seven years has put some of their players in front of a new audience. One of those is Wout Weghorst, the late bloomer whose qualities are well-known in Germany. 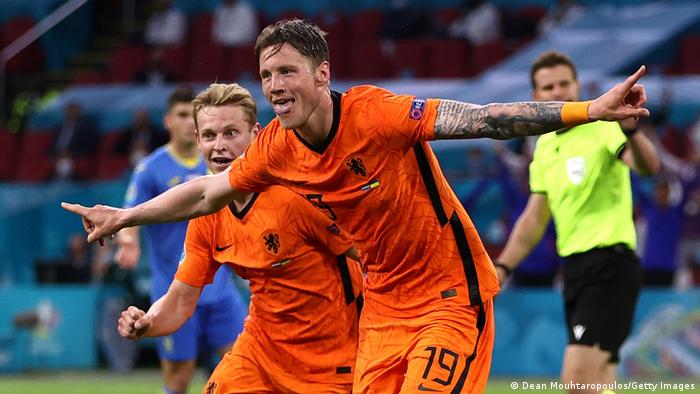 Wout Weghorst impressed for the Netherlands against the Ukraine, but he's no stranger to Bundesliga fans

Wout Weghorst is the Netherlands striker who appears to have come from nowhere, but, to followers of the Bundesliga, he has long been one of the most promising strikers in Europe.

On Sunday, Weghorst scored the second goal in the Netherlands' thrilling 3-2 victory over Ukraine — the game of the tournament so far. It was also his first goal in his first major tournament game, which came just a week after his first international goal. At the age of 28, the Wolfsburg striker is something of a late bloomer.

His goal in Amsterdam was classic Weghorst. In the right place at the right time and with an instinctive finish that put the Netherlands in control, before a fightback by Ukraine and an eventual late victory for the Dutch.

Since signing to Wolfsburg in 2018, Weghorst has found the net 53 times in 100 appearances. A scoring rate of more than 50%, the same rate he achieved in two seasons at his previous club, AZ Alkmaar.

Blessed with an imposing physique and a deft touch, Weghorst is sometimes written off as merely a battering ram, and, though this accounts for some of his playing style, he remains a classic center forward with ice-cold finishing. 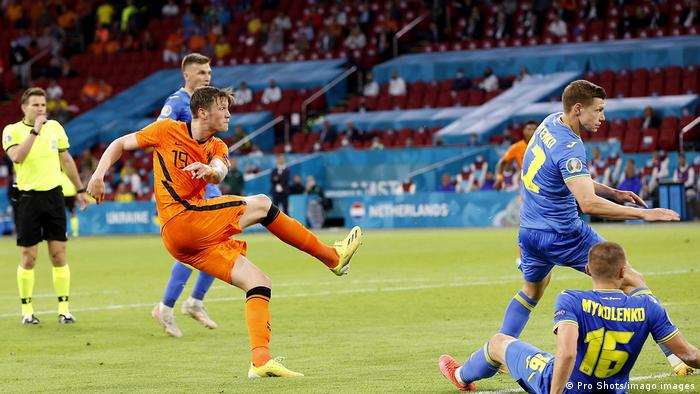 Weghorst, who scored 20 goals in 34 games last season for Wolfsburg, now has his first competitive goal for his country

But an area of his game that doesn't get quite the plaudits it deserves is his penchant for dropping back and influencing play from deep, demonstrated by his eight assists in 34 Bundesliga games.

Next season he is set to be coached by Mark van Bommel, his compatriot who has just taken the reins at Wolfsburg following the departure of Oliver Glasner to Eintracht Frankfurt.

It's no exaggeration to say that Weghorst has been one of the best strikers in the Bundesliga for the past couple of seasons — only Robert Lewandowski and Erling Haaland have scored more in the Bundesliga than the Dutchman.

So it's little surprise that Weghorst, who turned down West Ham in 2018 to join Wolfsburg, has been linked with a number of clubs in Europe, including Tottenham Hotspur, who made an attempt to sign him in the 2020 summer transfer window but couldn't reach an agreement.

"I can be honest and say I knew there was interest in me," Weghorst told German football magazine kicker last year. "With Tottenham, it was serious. I was a candidate. Of course, something like that occupies you. It's also a confirmation that I'm on the right track."

Weghorst is set to embark on a Champions League journey with Wolfsburg, who finished fourth in the Bundesliga season, thanks in no small part to his goals. He remains one of the club's key assets, and if he continues his impressive performances at the European Championship, his value will only increase.