Euro 2020: Jadon Sancho still on standby but England roll on

A first half header from Raheem Sterling secured England victory over Czech Republic and top spot, but Jadon Sancho has yet to convince Gareth Southgate. Croatia join that pair in the next round thanks to Luka Modric. 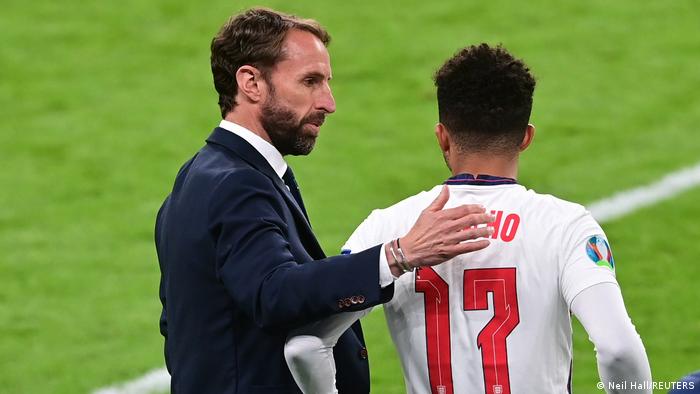 With 25 minutes to go and England lacking a little cohesion and inspiration but leading, Gareth Southgate turned to a young star from Borussia Dortmund.

As Jude Bellingham, 17, replaced Jack Grealish to make his second appearance of the Euros, his clubmate Jadon Sancho looked on from the bench as Marcus Rashford's place above him in the pecking order was confirmed.

Grealish's 12th-minute cross had created the only goal of the game, nodded in by Raheem Sterling at the back post after some excellent work from surprise pick Bukayo Saka. The Arsenal winger's selection and Jordan Henderson's appearance at halftime meant Sancho was the last England midfielder or forward to see a minute of game time. He finally got about 10 of them, almost an afterthought.

Southgate had pointed to Sancho's lack of experience as a factor in his non-selection before this game but Saka and Bellingham have significantly less than the former Manchester City winger.

As long as his side keeps winning, Southgate will be able to brush off any criticism from those who admire Sancho's decisiveness, skill and composure on a weekly basis in Germany. Tuesday's 1-0 victory was England's third clean sheet of the tournament and secured a first-placed finish in Group D.

But for all their solidity (England have conceded just once in their last 10 games) their performances, and Southgate's attacking selections, have drawn criticism in England and abroad. The spotlight on Sancho may yet intensify, with Germany a potential last 16 opponent for England. Should Joachim Löw's men finish second in their group after Wednesday's clash with Hungary, they will travel to Wembley next Tuesday. 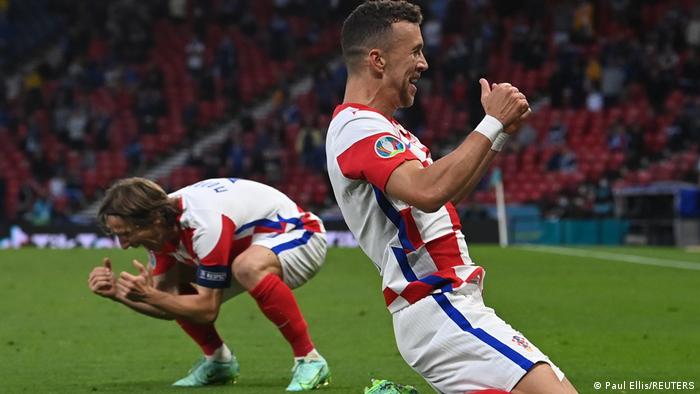 Croatian veterans Luka Modric and Ivan Perisic made the difference

One side who have already left the English capital empty-handed is Croatia. But a stirring second-half display led by the talismanic Luka Modric sent them through in second place after a 3-1 win over Scotland, who crash out. Czech Republic will join them in the last 16 despite their loss.

After the sides shared a goal apiece in the first half, the Real Madrid conductor stroked home a sensational effort with the outside of his boot just after the hour mark, before Ivan Perisic wrapped things up after a Modric corner.

The 35-year-old became both the oldest and the youngest player to score for Croatia at the Euros in the process, with his side set to face the runners-up in Group E in Copenhagen on Monday.