France could have punched a ticket to the knockout stages of Euro 2020. But a herculean performance by goalkeeper Peter Gulacsi, along with a surprise Attila Fiola strike, held the world champions in check. 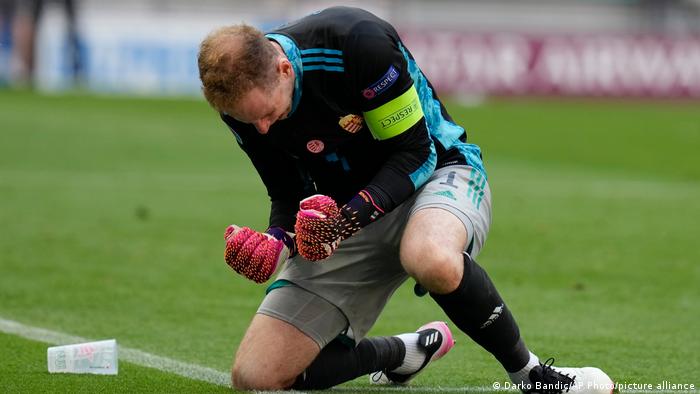 Peter Gulacsi could not hide his excitement after Hungary earned their first point of Euro 2020, dropping to his knees and pumping his fists shortly after the final whistle.

His effort against world champions France was worth the celebration as his sure-handedness between the sticks earned his side a valuable draw. It's a result that has blown Group F wide open and made their tie against Germany on June 23 much more interesting.

The stat sheet will only show that Gulacsi made three saves in the game. But he was in complete command of the penalty area, and when Hungary's conservative defensive approach began to crack, the RB Leipzig man stood his ground.

The only effort the Hungarian goalkeeper couldn't stop was one from Antoine Griezmann, who seized on a poor clearance from defender Willi Orban and evened the score. But the raving Hungary fans in a jam-packed Puskas Arena could only be as jubilant as Gulacsi was after Hungary's first point against France since 1976. 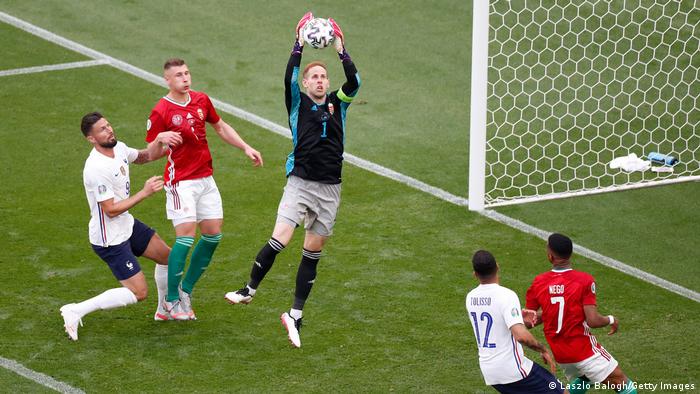 Peter Gulacsi's sure-handedness proved crucial for Hungary in their draw

Though Hungary entered the tournament as one of the minnows, no one could question the quality of Gulacsi. He led the German Bundesliga in clean sheets with 15 in 33 games. He was also one of two goalkeepers who conceded less than one goal per 90 minutes — the other, Loris Karius, played only five games.

His performance earned him a contract extension with Leipzig until 2025, where he's been the starting goalkeeper since their promotion to the Bundesliga in 2015. Reports in Germany had linked him with Borussia Dortmund before the German Cup winners signed Stuttgart's Gregor Kobel instead. 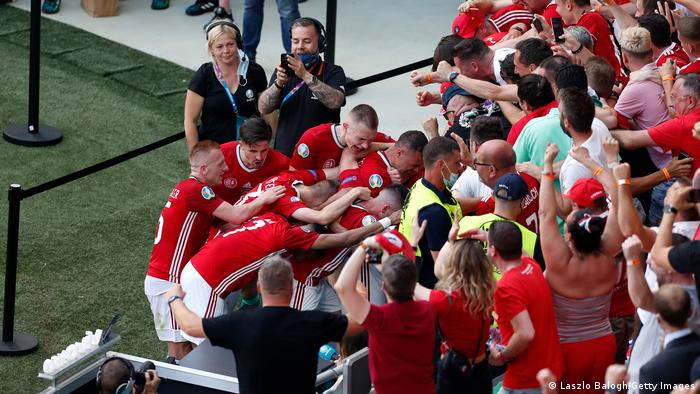 Attila Fiola celebrates with Hungary fans after scoring the opener

Who scored for Hungary?

Though Gulacsi's heroics proved crucial for Hungary, it was Attila Fiola's goal that got the home fans out of their seats.

After receiving a pass on the left wing, the Hungarian wing-back dribbled past France defenders Benjamin Pavard and Raphael Varane before slotting his effort home. It was Fiola's second ever goal for Hungary and the first goal the world champions had allowed in six games.