Euro 2020: From agony to ecstasy for Denmark, Finland fall short

Denmark defied the odds to qualify for the last 16 with an inspired victory over Russia. It was a night of contrasting fortunes for the Nordic teams in the group though, as Finland's resistance was broken by Belgium. 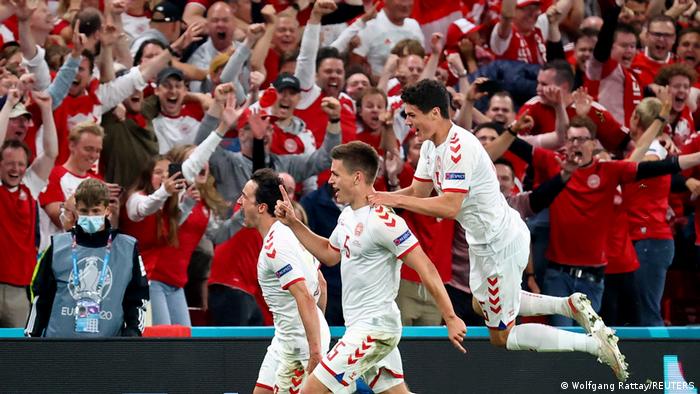 From the shock of Christian Eriksen's cardiac arrest last week to the joy of qualification to the last 16 – it's been a week of devastating lows followed by this epic high for Denmark.

Even without their gifted playmaker, there seems to be a supernatural force carrying the Danes through this tournament. They put on a show in Copenhagen on Monday night, putting four goals past Russia to keep their extraordinary tournament alive.

Denmark's progress has become the feel-good story of this tournament. The Parken stadium in Copenhagen, despite being limited to a 25,000 capacity, once again seemed packed out and, by the end of this jubilant night, the home fans were cheering every pass.

Eriksen was discharged from the hospital on the weekend and, safe in the knowledge that their star player is on the path to recovery, Denmark rose to the challenge.

Mikkel Damsgaard set the ball rolling with a fine strike that raised the roof. RB Leipzig's Yussuf Poulsen doubled the advantage and, although an Artem Dzyuba penalty restored some hope for Russia, Denmark's Andreas Christensen's rocket made it three, with Joakim Maehle adding a fourth.

Wales lay in wait for Denmark, whose momentum is carrying them to new heights. Finns falter at the last

From a tale of Nordic joy for Denmark to one of regret for Finland, who look set to bow out of the tournament after their resistance was broken late on by Belgium.

The Finns, who spent spells of the night in second place in Group C, will sit tight and wait to see whether they can sneak through as one of the best third-placed teams, but with only three points and a goal difference of minus two, things aren't looking great.

Progress to the last 16 would have been a historic achievement for a nation competing in its first ever European Championship, but faced with the quality of Belgium, it was always going to be a tall order.

Finland defended valiantly but Thomas Vermaelen's 74th minute header, which eventually went down as Lukas Hradecky's own goal, broke the deadlock – with Romelu Lukaku sealing it five minutes later with his third goal of the tournament. 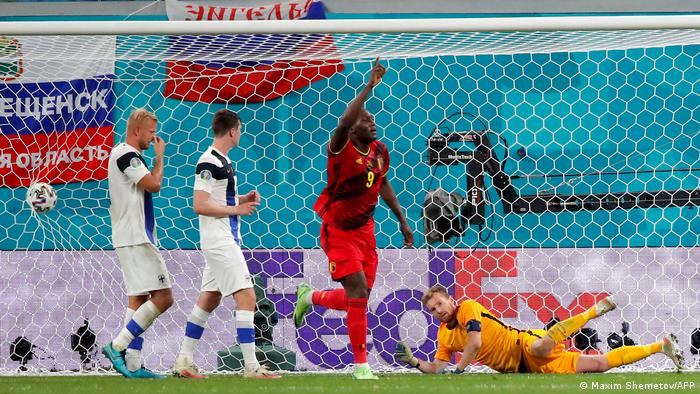 Belgium's Romelu Lukaku scored his third goal of the tournament

Opinion: UEFA's 'play on' decision after Eriksen collapse was so very wrong

"Moments like this put everything in life into perspective," said Aleksander Ceferin. What a crock from the head of UEFA, writes Kyle McKinnon, after Christian Eriksen received CPR on the pitch and the Euros played on.