The surprise semifinalists of Euro 2016 are up and running. Wales captain Gareth Bale missed a penalty at a crucial moment but had the last laugh, inspiring the Welsh to their first win of the tournament. 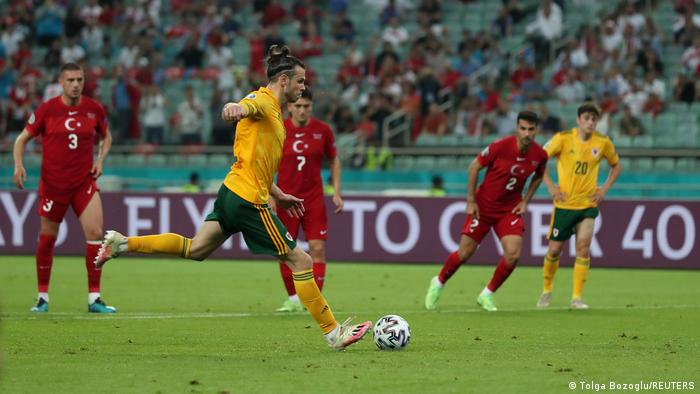 Gareth Bale puffed out his chest and took a deep breath. Handed a golden opportunity to double Wales' lead and put Turkey to bed with a 61st-minute penalty, the smart money was on the four-time Champions League winner burying his spot kick. He skied it.

Wales aren't used to the midsummer heat and humidity of Azerbaijan, but Bale's miss gave them little choice but to defend for their lives for the remaining 30 minutes. Proved by their elation at full time, it was a victory that saw them strain every sinew — but, battered and bloodied, Wales delivered.

Turkey have disappointed in this tournament and are still yet to record their first goal. A nation whose domestic woes could have benefited from the catharsis of a long run in these Euros, were well supported in Baku. The strong Turkish community in this city were out in force, vastly outnumbering their Welsh counterparts, 400 of whom had made the 5,000 km journey East. This is a night they won't forget quickly.

Held 1-1 by Switzerland in their opener and with Italy to play in Rome, Wales were up against it. Only a win would do and the first half was ebbing away with only two huge misses by Aaron Ramsey, the classy Juventus midfielder who conducts Wales' play, to show for it.

But Wales eventually made the breakthrough, a goal finished by Ramsey but the result of the artistry of Bale. The Real Madrid man's delectable pass split the Turkish defense, with Ramsey left to take a touch and ensure it was third time lucky.

Turkey picked things up after the break, but, when Bale was brought down just inside the box, he dusted himself to surely put the game beyond Turkey. His execution of the penalty was more akin to one of his famed golf drives.

That lifted Turkey and forced Wales into an epic defensive job. Kiefer Moore ended the game with blood streaming from his nose, defender Joe Rodon took a thump to the head while making a magnificent clearance and goalkeeper Danny Ward was excellent when called upon.

As Turkey became increasingly desperate, Wales delivered the killer blow in the 95th minute — and it was all about Bale. Skipping into space from a corner he rolled the ball back for Connor Roberts to stoke in from close range. Tears flowed among the 400 as Bale rallied his teammates the postgame huddle. Redemption was his, and now Wales take on Italy.

Euro 2016 has been an opportunity for many fans to bring their own party to France, and much like the Irish and Icelanders, the Welsh brought a blaze of color and a tune or two to the likes of Bordeaux, Lille and Lyon.

Euro 2016: Takeaways from the quarterfinals

After four games, 15 goals and a few pathetic penalties the quarterfinals are over. There will be a first major tournament semifinal for Wales, who are joined by three of the usual suspects. But what else did we learn?