The opening Euro 2016 quarter-final was a close one, with Portugal overcoming Poland in a shootout. The Poles took the lead, but the Portuguese recovered to progress to the semis. 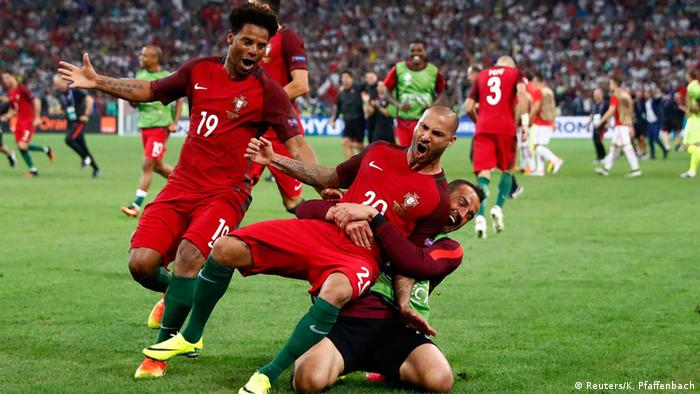 Coach Adam Nawalka opted not to tinker with a starting eleven that had taken Poland further than ever in its history in a European Championship.

His counterpart Fernando Santos did opt for some changes, including the introduction of 18-year-old midfield wunderkind Renato Sanches. Bayern Munich rated him highly enough pay Benfica a 35-million euro ($39 million) transfer fee to bring him in next season.

The night in Marseille started with some Polish fireworks. In the second minute, Cedric misjudged a long Lukas Piszczek pass, and the ball fell to Kamil Grosicki. He squared it for Robert Lewandowski, and the Bayern striker fired in his first goal of the tournament to give Poland an early lead.

Poland continued to impress, although they failed to generate clear openings in front of Portugal's goal, and gradually the Portugese came back into the match. In the 33rd minute, Sanches played a one-two with Nani in the Polish area and hammered in the equalizer. The ball slightly deflected off Grzegorz Krychowiak, leaving keeper Lukasz Fabianski with no chance. The score was all knotted up at halftime.

After the break, the teams were in cagier mode, each team fearing a conceded goal could be a decider. The first real chance was a screamer by Cedric just after the hour mark, but it was slightly wide. Poland responded around seven minutes later, but Arkadiusz Milik couldn't get anything behind a promising cross. 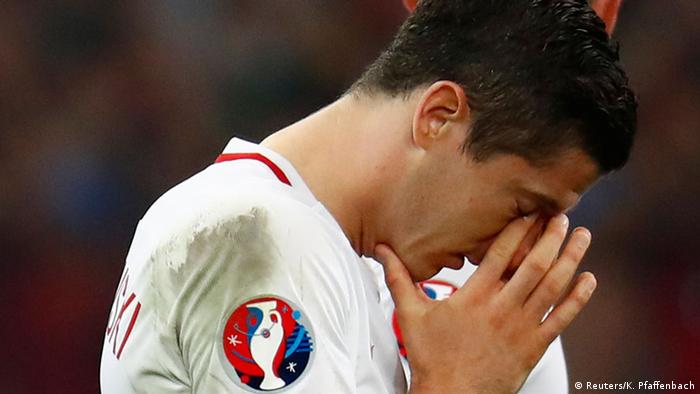 Ten minutes from time, defender Artur Jedrzejczek almost decided the outcome with a poked reverse clearance that was centimeters from becoming an own goal. And five minutes later, Cristiano Ronaldo was finally sent through, but he failed to get his foot to what looked like an easy ball.

The game went to extra time - a fair result after 90 minutes in which Portugal had held a slight advantage.

Play became even more buttoned down. Milik and Nené each had a go from distance in the first half but produced nothing to unduly trouble either keeper. In the second half, the highlight was a pitch invader, who was quickly subdued by security. Other than that, extra time provided evidence for those who think penalty shoot-outs should commence immediately after 90 minutes.

The match boiled down to a penalty shoot-out. With the score at 4-3 for Portugal, Rui Patricio got down to parry a Jakub Blaszczykowski's shot, which was at a comfortable height for the goalkeeper. Ricardo Queresma held his nerve for the winner.

The final scoreline read 1-1 (3-5 penalties). Amazingly, Portugal are now through to the Euro 2016 semis despite not winning a single game in 120 minutes. They meet the winner of the Wales-Belgium quarter-final on Friday.

Following Spain's premature exit at Euro 2016, their World Cup and European Championship winning coach has told Spanish Radio that he is quitting. (30.06.2016)

Poland vs Portugal: As it happened

Euro 2016: Ronaldo and Lewandowski search for spark in quarterfinal

In Cristiano Ronaldo and Robert Lewandowski, Poland and Portugal boast two of the world’s deadliest strikers but neither the sides nor their star men have set Euro 2016 alight. That could all change on Thursday. (29.06.2016)