Gareth Bale scores his third goal of Euro 2016 as Wales crush Russia in Toulouse, meaning England must settle for second place after a dour goalless draw with Slovakia. 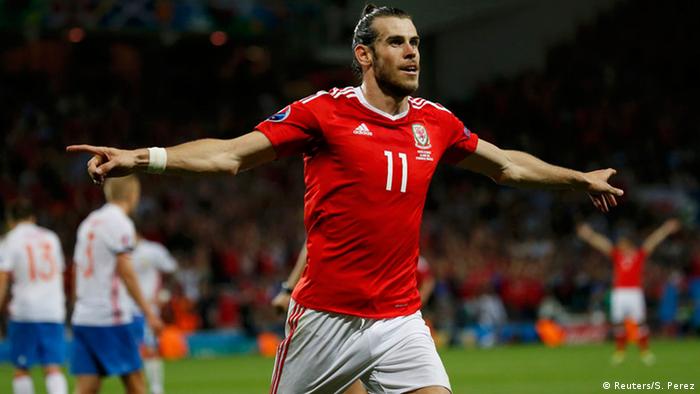 Wales produced a stunning 3-0 win over Russia to top Group B, with England only able to draw 0-0 with Slovakia in St Etienne.

Aaron Ramsey's delicate finish after 11 minutes got Wales off to the perfect start in Toulouse, but Chris Coleman's side didn't have to wait long to double their lead.

Gareth Bale picked out Neil Taylor, whose first shot was blocked by Igor Akinfeev in the Russia goal, but Taylor tucked it away at the second time of asking.

Russia offered very little and Wales put the game beyond them midway through the second half, and there were no prizes for guessing who scored it.

Ramsey and Bale combined and the world's most expensive player clipped the ball beyond Akinfeev, sending Bale into pole position for the golden boot with three goals in as many games.

While Wales were cutting through Russia with ease, England were toiling against a dogged but unspectacular Slovakia side. 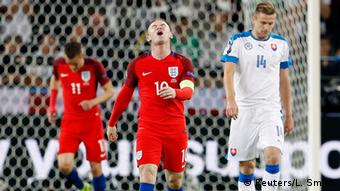 The point should prove enough to see Slovakia through, but it was a frustrating night for England, who dominated possession but were let down by a lack of quality in front of goal.

Jamie Vardy and Daniel Sturridge, two of six changes made by coach Roy Hodgson after the 2-1 win over Wales, both threatened in the first half, but England's best chance fell to Liverpool's Adam Lallana, but his shot was too close to Matus Kozacik.

The result means England will face the second-placed team in Group F - either Hungary, Portugal, Iceland or Austria. Wales will face a third placed runner-up, while Slovakia - if they qualify - will face a group winner.

As it happened: Slovakia vs. England, Russia vs. Wales

Wales jump atop Group B, Gareth Bale scoring his third goal of the tournament in the second half against Russia. Meanwhile, England draw with Slovakia despite more brilliance from Jamie Vardy. (20.06.2016)