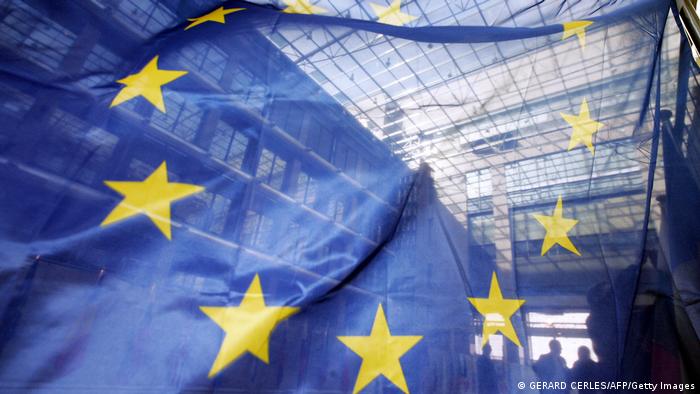 The EU got its start in 1951 as a bloc of six countries known as the European Coal and Steel Community, but has expanded over the years

EU accession negotiations with North Macedonia and Albania have been pending since 2020.

The process to to become an EU member state is a long one. But since Russia invaded Ukraine, the strategic importance of the Western Balkans to the EU has increased.

Monday's announcement also came after North Macedonia resolved a long dispute with its EU neighbor Bulgaria, which had been blocking the start of the accession talks with Skopje.

EU countries have "just agreed to open accession talks with Albania and North Macedonia!" Fiala wrote on Twitter. "We have taken another important step towards bringing the Western Balkans closer to the EU," he added.

Albania and North Macedonia's leaders will meet with Fiala on Tuesday in Brussels "to discuss the next steps on their path to the EU," he said.

What was the dispute with Bulgaria?

Bulgaria had blocked any progress for EU accession talks with North Macedonia over linguistic and historical issues.

This also stalled Albania's status, as the EU treats it as part of a package.

But on Sunday, the two countries signed a deal to pave the way for the start of the negotiations after pressure from France.

Skopje and Sofia agreed on "extremely ambitious short-term and long-term measures, which in practice aim to solve many of the open issues," Bulgarian Foreign Minister Teodora Genchovska told reporters.

The North Macedonian parliament earlier approved a French proposal that would change the country's constitution to acknowledge a Bulgarian minority, protect minority rights and introduce hate speech into the criminal code.

Despite gaining the support of the majority of lawmakers, the French proposal had triggered wide protest in North Macedonia, with critics arguing that altering the constitution may be a bridge too far.

North Macedonia, which was designated as a candidate for EU membership nearly 20 years ago, had already worked through big differences with Athens in order to join NATO in 2020.

Albania was granted candidate status by the EU in 2014.