How green are organic products really? Consumers are increasingly uncertain. In order to win back their trust, the EU Commission now wants to implement stricter regulations for products with an organic seal. 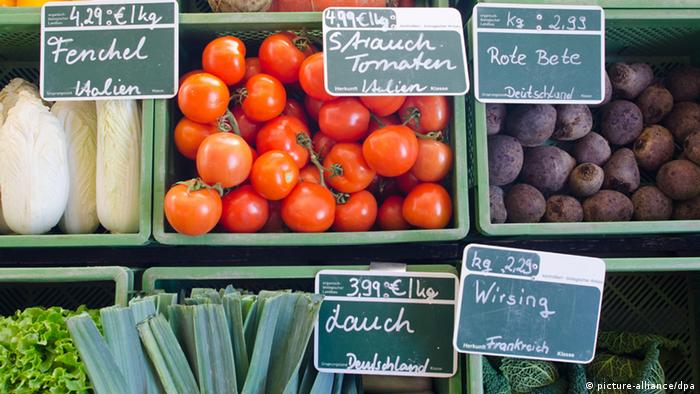 Pesticide-laden tomatoes and falsely declared olive oil - scandals in the organic food industry are becoming more frequent. But that should be a thing of the past, according to Dacian Ciolos, the EU commissioner responsible, who wants to force the industry to change how it operates.

According to the European Commission, it's necessary to revise the current EU regulations for organic food products. That's good news for consumers, but farmers and organic associations are not excited about the new proposal - to say the least.

"Organic products are not a niche product anymore. They are an important sector of the economy with yearly revenues of 20 billion euros ($27.6 billion)," Ciolos said on Monday (24.03.2014) at a meeting with EU agricultural ministers in Brussels. "Clear and transparent regulations are thus even more important."

According to Ciolos, customer trust has to be won back by toughening controls. That means the content of food products with an organic label in Europe will be subject to tougher regulations in the future. 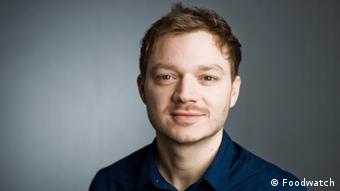 "Whether it's conventional or organic farming, the problem with food scandals is that customers usually don't know who the affected producers are and which of the products are affected exactly," said Andreas Winkler from the European non-profit organization Foodwatch.

He stresses the importance of creating better incentives to encourage producers to follow food, hygiene and labeling regulations. "It's a huge difference whether producers have to simply fear a fine and product returns or whether they'll have to transparently inform the customer about the results of food controls," he said, adding that the latter would be a more powerful deterrent.

According to Ciolos the most effective means against misuse is for them to lose their organic certification if they violate the regulations. In the past there have been several food scandals where products labeled as organic were in fact contaminated with pesticides or did not even originate from an organic production facility in the first place.

Ciolos said, with the booming organics market comes the temptation to cash in on increasing demand with fraud. "We need to control where the risk is the largest," he told the EU agricultural ministers.

EU-eco regulations to be changed

In order to prevent misuse and regain the trust of customers, changes to all of the current EU organic regulations are on the table.

The EU Commission for instance hopes to abolish all exceptions currently allowed for organic farming. The use of conventional feed and seeds is to be severely decreased and limits for contamination through pesticides or genetically modified products are to be toughened as well. But because it's not possible to implement these changes overnight, the EU Commission is planning a period of transition.

Trade will be affected by the changes as well and products from non-EU countries that want to have the EU organic seal, as well as EU exports, will have to abide by the new regulations. "We need a better supervision when it comes to imports. We want to negotiate with partners outside the EU and guarantee consistent standards," Ciolos said.

The EU Commission also plans to increase investment in research and development, efficiency and improved data collection. But the proposal by the EU Commission is only the first step. Now the European Parliament and the member states have to decide on the exact laws. 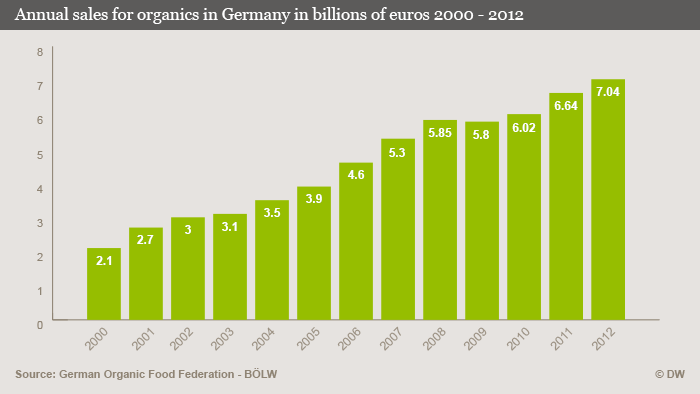 Strict but not too strict, please

As far as consumers are concerned, the proposed changes can't be strict enough. But the organic industry is already worried that stricter requirements might give smaller organic famers a hard time.

And some politicians want to tone down the requirements. "I don't want us to put off organic farmers producing organic products with overflowing bureaucratic regulations. We have to act with good judgment," said German federal agricultural minister Christian Schmidt.

Organic associations are up in arms as well. "We support the goals. And that the European Commission wants to regulate a restructuring of the entire business is a step in the right direction as well. But the regulation cannot become effective in its current form," said Jan Plagge, president of Bioland, the largest organic food association in Germany. 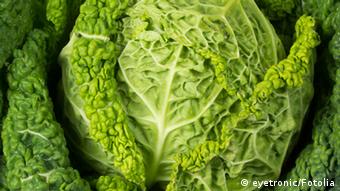 According to the European Commission there are currently 186,000 organic farms in the EU

According to Plagge, the limits for pesticides, genetically modified organisms and other unwanted substances will be particularly stiff when it comes to organic food products in the future. "The proposal by the European Commission will slow down the production of organic products," he said.

But EU commissioner Ciolos disagrees. At the press conference in Brussels he stressedthat the goal is not to reduce the capacities of organically produced products but rather to reinforce the trust of customers. According to the EU Commission the market for organic produce has quadrupled while the area of farmland growing it has only doubled.

Just how green are organic products?

Germany's biggest organic trade fair, Biofach, has kicked off in Nuremberg, with thousands of food products on display. The organics market in Germany is booming. But, are the products really better than standard food? (12.02.2014)

As the world’s largest fair for agricultural products and horticulture gets underway in Berlin, German farmers are putting on a show of confidence - despite the many recent food scandals. (17.01.2014)

Young farmers in eastern Germany are scrambling to find land as the demand for regional and organic products grows. But they can't seem to gain ground as they compete with large multinationals for farmland. (17.12.2013)