EU Sets Deadline for Turkey to Open Up Its Ports | Europe | News and current affairs from around the continent | DW | 21.11.2006

The EU believes that a solution to the Turkish-Cypriot dispute that threatens to derail membership talks for Turkey to join the 25-member bloc is still possible with help from the United Nations. 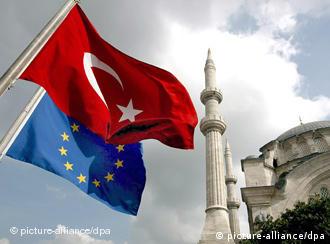 The European Union on Monday gave Ankara until early December to normalize relations with Cyprus, before EU foreign ministers meet in Brussels, on Dec. 11, to decide on Turkey's prospects for joining the 25-nation bloc.

If Turkey continues to refuse to meet the EU's demands to open its ports and airports to Cypriot traffic, the country's prospects for membership would face an "uncertain future," said Finnish Prime Minister Matti Vanhanen, whose country currently holds the rotating EU presidency.

"Time is running out. If there is no agreement and Turkey does not honor its commitments, the EU will need to consider the implications for the accession process," Vanhanen added. "This is not a good scenario."

The Finnish leader said he expected the European Commission to table a recommendation on Turkey's progress on the Cyprus issue in the first week of December. An EU decision on whether to suspend or continue membership negotiations would then be pushed to Dec.11, he said. 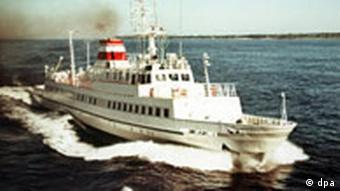 Finland is struggling to hammer out a compromise deal under which the Turkish Cypriot port of Famagusta would be opened for trade with the EU in return for a move by Ankara to allow Greek Cypriot ships into its harbors. The internationally recognized Republic of Cyprus is controlled by the Greek Cypriot government in the south, with the northern third of the divided island recognized only by Turkey.

In spite of a customs deal that Turkey has signed with all 25 member countries, Ankara does not have diplomatic relations with Cyprus, which joined the EU in 2004. Ankara has long argued that it will only comply with EU demands once the bloc ends its current economic boycott of the Turkish portion of Cyprus.

Trying to avert a crisis

The Finnish premier said he was trying hard to avert a crisis in the accession talks before Germany assumes the six-month EU presidency.

"The presidency still believes that a solution is possible," said Vanhanen, adding that it was still up to the United Nations to try to reach a comprehensive settlement on the Cyprus issue. 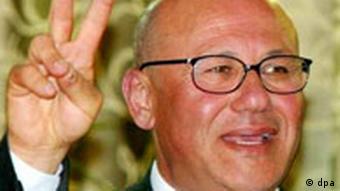 Ther EU is not an "impartial broker," acoording to Turkish Cypriot leader Talat

Annan's plan, which was approved by Turkish Cypriots in a 2004 referendum but rejected by the Greek side, "continues to be the basis of any solution in the future," Talat told reporters.

Talat added that he did not see the European Union as capable of reaching a solution, saying it could not act as an "impartial and honest broker" since both Greece and the Greek Cypriot government were EU members.

"Unfortunately, the Finnish plan is giving everything to the Greek Cypriots," he said.

Talat conceded that he had received no guarantee from Annan that the new secretary general, Ban Ki-Moon, who takes over in January, would stick to the plan.

Even if the Turkey-Cyprus crisis is resolved, accession talks for the huge, secular country, which is predominantly Muslim, are expected to take at least a decade.

EU foreign ministers were downbeat Monday on the chance of a swift agreement from Turkey to lift its trade embargo on Cyprus to facilitate membership talks, as Nicosia maintained a hard line. (13.11.2006)

EU foreign ministers will discuss enlargement on Monday, but Turkey can expect little encouragement in its bid due to Ankara's trade embargo against Cyprus and scathing criticism from the bloc's executive arm. (13.11.2006)

Reviving the constitution, solving energy problems, tackling global warming and improving African relations: Germany has big plans for its EU presidency in 2007. In addition, it now faces a growing dispute with Turkey. (06.11.2006)