Brussels will call on Washington to lift the export ban on AstraZeneca's vaccine to ensure the producer's obligation to the EU is met, according to the Financial Times. 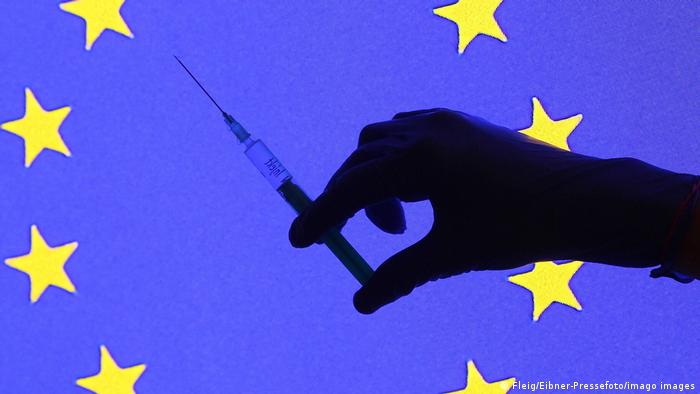 The EU hopes to get AstraZeneca COVID-19 vaccines from the US despite the current limits on their exports, the Financial Times reported on Saturday.

AstraZeneca produces its vaccines in its UK and EU plants but also operates production chains in other countries across the world, including the US.

The US intends to use domestically-made doses to inoculate US citizens first, in accordance with an executive order signed by former President Donald Trump in December.

The EU will now call on Washington to lift the ban, and also ensure the free flow of vaccine ingredients needed to produce the vaccine in Europe.

"We trust that we can work together with the US to ensure that vaccines produced or bottled in the US for the fulfilment of vaccine producers' contractual obligations with the EU will be fully honored," the EU Commission told the Financial Times.

Why is the EU angry with AstraZeneca?

The European bloc has been struggling to provide enough vaccines to its member states, with the US and the UK pulling ahead with their respective vaccination drives.

Recently, AstraZeneca said it would only be able to deliver 31 million doses to the EU by the end of March instead of the expected 80 million.

With the UK deliveries unaffected by the shortfall, EU officials accused the Anglo-Swedish company of giving Britain preferential treatment.

What is the US stance?

Saturday's report cited a White House official as saying that Joe Biden's "first priority is to make vaccines available for every American."

"The US and EU have committed to deepening co-operation on pandemic response, including by enhancing public health capabilities and information sharing," the official added. "We know that in order to beat this pandemic and to turn a corner on economic recovery, we must work with our allies and partners.”

The latest news comes just days after Italy blocked a shipment of AstraZeneca vaccines to Australia.

The conflict between the EU and the pharma company has raised fears of vaccine hoarding and disruption to supply chains across the world.