EU Report to Criticize Turkey Over Cyprus, Pace of Reforms | Europe | News and current affairs from around the continent | DW | 31.10.2006

EU Report to Criticize Turkey Over Cyprus, Pace of Reforms

The European Commission is set to deal a blow to Turkey's EU membership hopes next week with the publication of a key report that criticizes the pace of Ankara's reform and Turkey's stance on Cyprus. 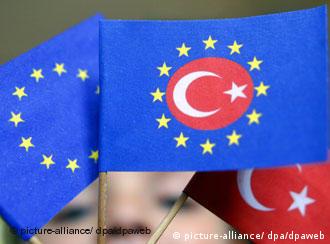 The report will focus on the slowdown of political reforms since Turkey began accession negotiations last October. It will highlight the continued persecution of intellectuals and journalists for expressing views which are non-violent, but displeasing to the government in Ankara.

"This is a critical report, the pace of reforms has slowed," a European source said on Tuesday, stressing at the same time that Ankara has made progress in some areas.

Commission officials were refusing to comment on the report's contents until it is issued on Nov. 8. 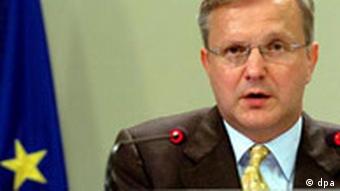 The Finnish EU presidency has invited Turkish and Cypriot officials to last-minute talks on Sunday and Monday, hoping to make headway in some of the problem areas.

Turkish Foreign Minister Abdullah Gul on Monday expressed backing for the meetings in Finland. "What is important is that there is a balanced outcome in the end," he said.

The Turkish parliament has already adopted a large proportion of legislative measures sought by Brussels, notably laws creating a mediator charged with ruling on disputes between citizens and the state and putting an end to discrimination against ethnic Roma.

Only a debate on increasing religious freedom and in particular restoring property to non-Muslim religious groups remains under discussion.

However, the report will criticize Turkey over its continued refusal to grant Cyprus access to its ports and airports.

Turkey is obliged to open its ports and airports to vessels flying the flag of Cyprus, even though Ankara does not does not recognize the country, under a 2005 protocol extending its customs union agreement to new EU countries including the island. 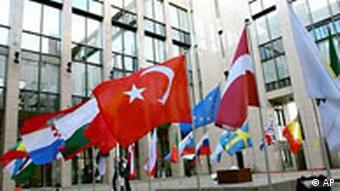 Ankara refuses to do so unless the EU makes good on its promises to end the international isolation of the Turkish Republic of Northern Cyprus (TRNC), which only Turkey recognizes as a state.

The EU has warned Turkey that failure to honor its obligations under the customs union agreement could result in a suspension of its membership talks with the bloc that began last year. The threat is especially strong since Cyprus has a veto right on Turkish adhesion.

The commission's report will also be "very critical on the freedom of expression," the European source said.

EU Enlargement Commissioner Olli Rehn has for months called for the modification or scrapping of Article 301 of Turkey's penal code under which dozens of writers and authors have been pursued by the courts, including 2006 Nobel literature prize winner Orhan Pamuk.

However, the report circulating in Brussels remains in a draft version and the commission will also be keeping a close eye on the upcoming Finnish talks.

The Finnish compromise plan focuses on the lifting of the trade embargo with the statelet of northern Cyprus and the reciprocal opening of Turkey's ports to Cypriot vessels.

The report may fuel already widespread doubts among Europeans over whether Turkey will ever be ready for EU membership, but officials in Brussels insist it is only an early snapshot of reforms in an accession process that will likely last a decade a least.

Turkish Foreign Minister Abdullah Gül meets EU representatives in Vienna on Wednesday. The bureaucratic process for EU membership negotiations is on track, but the political climate is a different story. (08.03.2006)