Europe has reached a "crucial milestone" in efforts to reform the financial sector by introducing cross-border agencies to oversee banks, insurers and the markets. 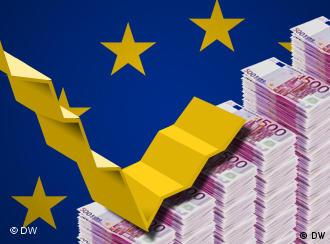 European Union states, together with the European Commission and European lawmakers on Thursday ahave moved a step closer to creating cross-border financial supervisors. The idea is to create a framework that will help monitor and reform the financial sector.

European Internal Market Commissioner Michel Barnier said a "crucial milestone" and "a political consensus on the creation of a European financial supervisory framework" had been found.

The deal now needs to be approved by EU finance ministers meeting in Brussels on Tuesday, and then the European parliament later this month.

Under the agreement, three new agencies will be established that will oversee banks, the markets and insurance. The EU hopes to launch these European Supervisory Authorities (ESAs) in January.

Barnier said it is hoped the new bodies will give Europe "the control tower and the radar screens needed to identify risks." He argued that Europe did not see the financial crisis of 2008 coming, and when it did hit, the EU lacked the "effective tools" to act. 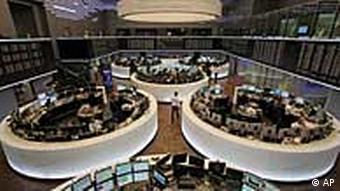 The ESAs will regulate banks, insurance and the markets

The new agencies will be equipped with powers to better control financial players, and to act quickly across Europe. The ESAs will have the power to temporarily ban certain high-risk financial products - such as "naked short selling," which Germany acted against earlier this year.

A European Systemic Risk Board will also be set up, which will look out for threats to the region's economy. The board will be headed by the president of the European Central Bank, Jean-Claude Trichet, for the first five years.

Oversight of the financial sector is currently in the hands of individual nation, creating an untenable situation, according to Klaus-Heiner Lehne, a German member of the European Parliament.

"When you see that every EU member state has an average of about two oversight committees, it's clear that coordination is extremely difficult and that communication works in only a limited way," he said. "We need a central authority that can take action in these cases and make decisions."

Discussions over further EU scrutiny have caused a rift between the EU parliament and individual states. Britain, home to one of the world's biggest financial centers in London, has insisted that the decisions of the ESAs should never interfere with a state's own fiscal sovereignty.

Under the agreement, the power to declare an "emergency situation," which would allow ESAs to issue direct orders to banks and insurance groups, should rest with individual governments rather than the European Commission.

Britain has been reluctant to grant too much authority to the new agencies, and fought to introduce a right to appeal the decisions of the new bodies.

The compromise deal reached on Thursday takes into account Britain's objections, but negotiators say the right to appeal will not be able to be abused.

Despite better-than-expected stress test results, analysts warn that Europe's banks still need reform. The test criteria, they say, were too weak. Europe now waits to see if the tests will impress investors. (24.07.2010)

Germany has made market reform a priority issue at European and global policy meetings, leading by example with new regulations on the financial sector. But not everyone thinks Berlin's can-do approach is effective. (13.07.2010)

German lawmakers move to ban naked short-selling in the eurozone

Germany's lower house of parliament has approved a bill that would curb risky financial trading practices - including naked short-selling - in a bid to stabilize the euro. (02.07.2010)