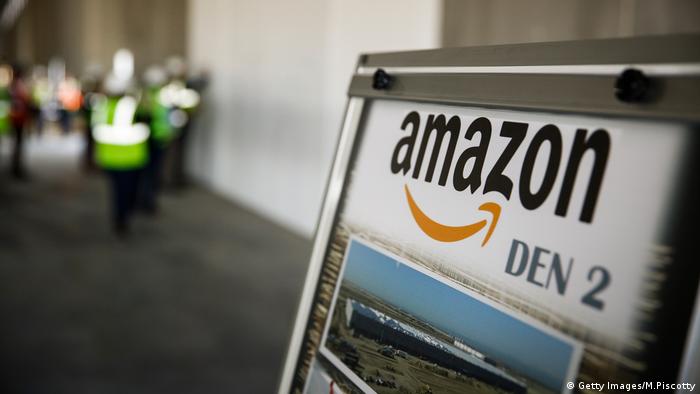 The Commission found on Wednesday that Luxembourg had granted illegal tax benefits from 2003 to the American online retail giant.

It ruled that Amazon had been paying a tax-deductible royalty to another legal entity (Amazon Europe Holding Technologies) that was not subject to corporate taxation in Luxembourg and most of its European profits were therefore recorded in Luxembourg, but not taxed there.

The 250 million euros ($294 million) is less than an estimate of 400 million euros, which sources told the news agency Reuters that European Commissioner for Competition Margrethe Vestager had calculated in 2016. However, the EU executive said following the ruling that the exact amount of back payment is still to be calculated by Luxembourg authorities.

"As a result, almost three-quarters of Amazon's profits were not taxed," said Vestager.

The European Commission launched its investigation into Amazon's subsidiary in Luxembourg, Amazon EU, in 2014.

Clamping down across the board

Similarly Brussels launched an inquiry three years ago into tax breaks that Ireland offered iPhone-maker Apple, in the latest of a series of anti-trust cases targeting major US corporations that have also included Starbucks and McDonald's.

Ireland was taken to court for failing to collect 13 billion euros in taxes from Apple, arguing that – as in Amazon's case – it had profited from a system allowing it to escape most of its taxes the EU felt were nonetheless due.

The European Union is actively looking to close loopholes for US multinationals and is considering harmonized tax rules.

Taxation is a national competence in the 28-country bloc, but the European Commission holds the view that the sweetheart tax deals struck by Apple and others with countries such as Ireland, the Netherlands and Luxembourg constitute illegal state aid, an area which it regulates.

Dominant companies like Google have a 'special responsibility' to be vigilant

The EU has fined Google a record 2.4 billion euros for abusing its dominant market position. European Commissioner for Competition Margrethe Vestager explains her reasoning and why she doesn't fear US repercussions. (27.06.2017)