EU open to UK trade negotiations before Brexit, but parallel talks 'will not happen'

Brexit negotiations will be a long, complicated affair, European Council President Donald Tusk has said. But everyone will be working toward an amicable UK divorce from the EU. 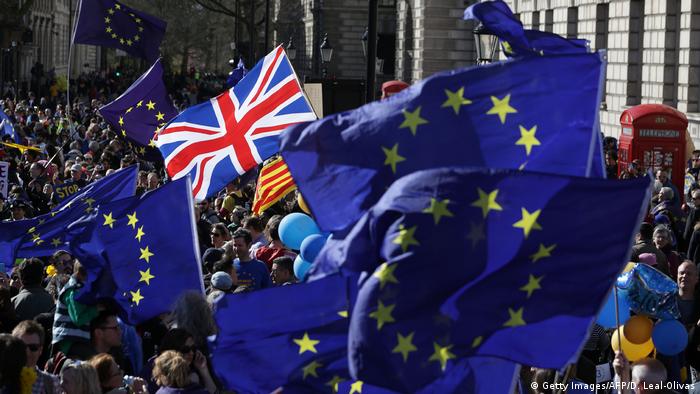 Revealing his Brexit negotiation guidelines on Friday, European Council President Donald Tusk said the bloc would not try to punish the UK for leaving, but warned that negotations would be long, complex and sometimes confrontational, adding that the Brexit itself was "punitive enough."

Tusk said the EU would take a "phased approach" to the UK's divorce - meaning leaders would decide "when sufficient progress has been achieved to allow negotiations to proceed to the next phase."

Such an approach would mean that the EU would be willing to discuss a future trade deal with the UK before the two sides reach a common Brexit agreement.

However, the guidelines explicitly stated that no future trade deal would be signed before the UK completes its withdrawal by March 2019. The position is an outright rejection of British Prime Minister Theresa May's call for the UK and EU to negotiate both Brexit and a future relationship in tandem.

"Starting parallel talks on all issues at the same time as suggested by some in the UK will not happen," Tusk said. "Once and only once we have achieved significant progress on the withdrawal can we discuss the framework for our future relationship."

Following Friday's press conference, Tusk tweeted that the EU and UK "owe it to each other to make this divorce as smooth as possible."

May on Wednesday signed the letter formally invoking Article 50 of the Lisbon Treaty, triggering a two-year withdrawal process from the EU and ending Britain's 44-year membership in the bloc.

Tusk's proposals are subject to revision until April 29, when leaders from the EU 27 will then formally adopt them at a special summit.

Also outlined in Tusk's eight-page document was a priority to settle the legal uncertainties surrounding expatriates in the UK and on the continent. The draft plan calls for all rights acquired before the cutoff on the day Brexit takes effect to be retained.

The fate of citizens living in each other's country will be a "matter of priority," Tusk said. That sentiment was echoed by Maltese Prime Minister Joseph Muscat, who country currently holds the European Council's rotating presidency. He said both sides "must make sure citizens are not used as bargaining chips by any side,"

Tusk also said the UK must honor all commitments and liabilities it has taken as member state. "It is only fair towards all those people, communities, farmers, scientists and so on, whom we, all the 28, promised and owe this money," the former Polish prime minister said.

On security, Tusk ruled out any suggestions that May implied in her departure letter that the UK sharing security information depended on it getting a good Brexit deal.

"I know Theresa May well enough and I know her approach to this issue," he told reporters in the Maltese captial. "This is why I rule out this kind of interpretation ... that security cooperation is used as a bargaining chip. It must be a misunderstanding."

Following Tusk's speech, British Foreign Minister Boris Johnson reaffirmed the UK's promise that its commitment to Europe's defense and security was "unconditional" and "not some bargaining chip."

Speaking ahead of a NATO meeting in Brussels, Johnson said there was "lots of good will" between the UK and its EU partners since May triggered Article 50 earlier this week.

"We really are moving forward now. There's a lot of good will, willingness to achieve what the Prime Minister has said she wants to achieve," he said.

However, Tusk's guidelines dictated that if the UK were to remain part of the EU single market as part of any transitional arrangement, Britain would have to continue adhering to European rules, with "existing Union regulatory, budgetary, supervisory and enforcement instruments and structures to apply."

That could provoke backlash from Westminster as these were among the main reasons voters in the UK chose to leave the bloc.

The guidelines rule out any partial membership of the single market. Schäuble: All sides should strive for an agreement that deals the least damage.

German Finance Minister Wolfgang Schäuble warned the UK on Friday that it will not be able to enjoy the same rights it once did as an EU member without agreeing to the necessary obligations.

"We want to keep the British close, but there are no rights without responsibilities," Germany's finance minister told the "Neue Osnabrüker Zeitung."

The Brexit negotiations will be "a learning process, also, and especially, for the British," Schäuble said. "They have their large financial center in London, but they won't keep their usual access to the EU market if they don't accept the rules of the European bloc."

Minimizing the pain on a tight timetable

Schäuble said the key outcome of the Brexit negotiations would be for both sides to minimize the damage of the UK's withdrawal.

"On the one hand, the details will be complicated and multifaceted, while on the other, all the negotiations need to be concluded within the next two years," he said. "The clock is ticking."