Several EU ministers have joined the international community in condemning Monday’s test, which prompted the UN Security Council to call an emergency meeting and promise a new resolution against Pyongyang. 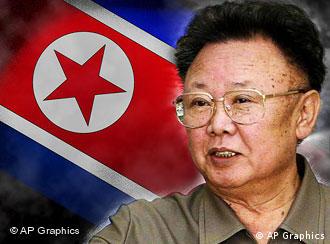 US President Barack Obama, along with officials throughout Europe and the rest of the world, have voiced their concern over Monday's nuclear test, which has been confirmed by both North Korea and Russia.

The North conducted the test early on Monday, detonating a bomb some 10 kilometers underground in the same area where it conducted an initial nuclear test in October, 2006.

"These irresponsible acts by North Korea warrant a firm response by the international community. The European Union will be in contact with its partners to discuss appropriate measures," Solana said in a statement.

The Czech Foreign Minister Jan Kohout, whose country currently holds the rotating EU presidency, said he was "very much disturbed" by North Korea's announcement that it had "successfully" carried out a nuclear test.

British Prime Minister Gordon Brown described the decision to carry out the tests as "erroneous, misguided and a danger to the world".

"This act will undermine prospects for peace on the Korean peninsula and will do nothing for North Korea's security. The international community will treat North Korea as a partner if it behaves responsibly. If it does not then it can expect only renewed isolation," Brown said in a statement. 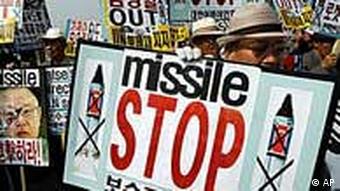 Reactions to the test in Asia were also swift. In South Korea, President Lee Myung-bak has called an emergency meeting of the country's security council, and in Japan officials have set up a task force in the crisis management center of Prime Minister Taro Aso's office.

"It is an act that we can never tolerate," Japanese Foreign Minister Hirofumi Nakasone said in Hanoi on the sidelines of talks between Asian and European ministers.

"As it is a violation of UN Security Council resolutions, Japan condemns and protests it strongly. We, as the only nation to have had a nuclear bomb used against us, feel the need to take stern action."

The United States Geological Survey (USGS) initially reported that it had detected a 4.5-magnitude earthquake in the northeast of North Korea.´The North Korean Central News Agency confirmed the test shortly after the USGS registered the quake.

The force of the blast was reported to be between 10 and 20 kilotons, a size comparable to that of the atomic bomb explosions in Nagasaki and Hiroshima at the close of World War II. 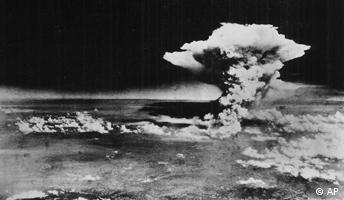 This second North Korean nuclear test was much more powerful than the first in 2006, which registered a force not greater than one kiloton.

The North vows to continue tests

"The test will contribute to safeguarding our sovereignty and socialism and guaranteeing peace and safety on the Korean peninsula and the surrounding region." said the statement from North Korea's official news agency.

A senior official at Pyongyang's embassy in Moscow told the Itar-Tass news agency on Monday that North Korea will continue to carry out nuclear tests until western nations, led by the United States, bring an end to policies of "intimidation."

North Korea says it has reactivated its nuclear program

Pyongyang says it has reactivated its nuclear program to "bolster the deterrence for self-defence in every way to cope with the increasing military threats from the hostile forces." (25.04.2009)

North Korea pulls out of disarmament talks after UN condemnation

North Korea announced Tuesday it would quit six-nation disarmament talks and restart its nuclear weapons program in protest at the UN's condemnation of its rocket launch this month. (14.04.2009)

The UN Security Council ended an emergency session without agreeing to an immediate response to the missile launch. North Korea's launch of a long-range rocket has drawn a "strong condemnation" from the European Union. (06.04.2009)

Listen to a report on German reactions