EU Offers Aid to Gaza, Help in Countering Arms Smuggling | Europe | News and current affairs from around the continent | DW | 26.01.2009

The European Commission announced Monday, Jan. 26, that it was providing 58 million euros ($74.3 million) in humanitarian aid to vulnerable Palestinians this year. 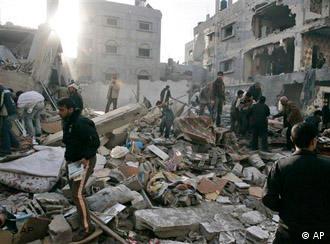 In a statement, EU Aid Commissioner Louis Michel said around 32 million euros would be earmarked for Gaza, which suffered massive damage during a three-week bombing campaign by Israel.

An additional 20 million euros are to go to the West Bank, with the remaining six million destined for Palestinian refugees in Lebanon.

"This funding package of 58 million euros will contribute substantially to the international effort on behalf of these suffering people and will also sustain our ongoing solidarity with the entire Palestinian population," Michel said.

Calling the situation in Gaza "catastrophic," he said the strip's civilian population of nearly 1.5 million had faced "terrible and unprecedented" suffering compared to past times of violence in the Israeli-Palestinian conflict.

"Destruction on such a massive scale saddens me deeply," Michel said during a fact-finding visit to the Gaza Strip. 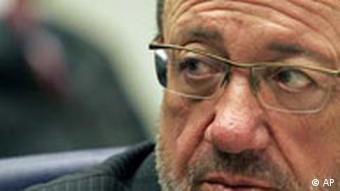 Michel sharply criticized Israel for the massive destruction he saw around him, but said also Hamas bore an "overwhelming" part of the blame.

"We have to also recall the overwhelming responsibility of Hamas," Michel told local reporters as he toured Jabaliya, a crowded refugee camp north of Gaza City which was hit hard in Israel's 22-day offensive.

He earlier strongly condemned Israel for its destruction of the civilian infrastructure, as he inspected buildings in Gaza destroyed in the Israeli assault, including an ice-cream, a cookie and a soft-drink factory.

He said the destruction pointed at an obvious violation of international humanitarian law.

But the 61-year-old Belgian, normally known as a staunch critic of Israel, added that for progress in the peace process to be possible, Hamas had to accept two "small conditions" -- recognize Israel's right to exist and to abandon armed struggle. 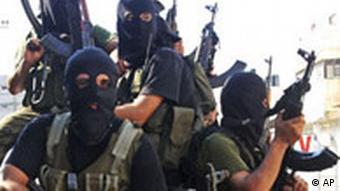 The EU wants to help stop Hamas rearming after the war

Meanwhile, EU foreign ministers met in Brussels to discuss ways of helping Israel counter arms smuggling destined for Hamas into the Gaza Strip and ensure that the fragile ceasefire between Israel and Hamas holds.

Ministers were expected to call on Hamas to halt its rocket launches, ask Israel to reopen border crossings into Gaza and discuss an "effective mechanism to prevent the smuggling of arms and ammunition" to the strip, diplomats said.

France on Friday announced that it was dispatching a helicopter- carrying frigate to the Gaza coast, while Britain has said its Royal Navy would also be prepared to help.

However, Egyptian Foreign Minister Ahmed Abul Gheit said in Brussels late Sunday that most of the arms smuggling was taking place by sea and not through his territory.

Abul Gheit was attending talks with EU foreign ministers and counterparts from the Palestinian Authority, Turkey, Jordan and Norway as part of a diplomatic push by the EU to make its voice heard in the region.

On Wednesday, EU diplomats held separate talks with Israeli Foreign Minister Tzipi Livni, who insisted on the need to stop weapons being smuggled into the strip.

EU foreign-policy chief Javier Solana has also offered to redeploy monitors which used to patrol the Rafah crossing between 2005 and 2007.

Foreign Ministers from the EU are on Sunday, Jan. 25, meeting their counterparts from the Palestinian territories, Egypt, Jordan and Turkey in an attempt to kickstart the peace process. (25.01.2009)

Israeli Foreign Minister Tzipi Livni told her EU counterparts that is willing to reopen border crossings into the Gaza Strip for humanitarian reasons, but insisted weapons smuggling to Hamas must be halted. (22.01.2009)

Germany has placed on standby for deployment to Egypt four border police experts and equipment to detect secret smuggling tunnels into the Gaza Strip, a senior government official said in Berlin on Monday. (20.01.2009)