The European Union has strongly condemned North Korea's nuclear test as "unacceptable." Germany, the United States and China have slammed the test as a provocation and demanded a tough United Nations response. 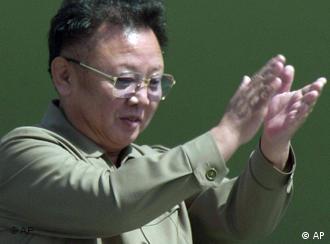 "Carrying out the test was unacceptable," the EU said in a statement, adding that "the test profoundly jeopardizes regional stability and represents a severe threat to international peace and security."

However, the EU has also said it has no plans to cut humanitarian aid to North Korea.

After talks with members of the European Union's political and security committee, including EU foreign policy chief Javier Solana, de Hoop Scheffer said North Korea's test "…flies into the face of the international community." He also said that "it is a threat to world peace and security and will demand the strongest possible reaction from the international community."

Germany has meanwhile summoned North Korea's ambassador to the foreign ministry. Germany condemned North Korea's reported test of a nuclear weapon and called for a "determined reaction" from the UN Security Council. 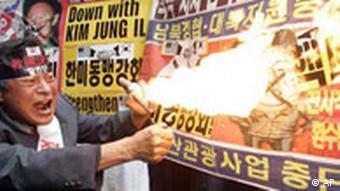 Foreign Minister Frank-Walter Steinmeier urged the communist state to stop its nuclear weapons program immediately and to refrain from carrying out further tests.

"Non-proliferation of nuclear weapons is an extremely important concern of the entire international community," he added.

On Monday, Pyongyang said it had conducted it first underground atomic test Sunday evening, which the official Korean Central News Agency described as an "historic event" aimed at bettering peace and security.

China, Pyongyang's closest ally in the region, expressed its "resolute opposition" to the "brazen" nuclear test.

"China strongly demands the DPRK (North Korea) side to undertake its commitments to the non-nuclearization of the Korean Peninsula, and stop all actions that can lead to the deterioration of the situation," the foreign ministry said in a statement on state television. 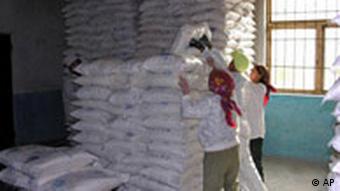 South Korea angrily described North Korea's Monday nuclear test as a betrayal and said its policy of engagement -- a lifeline for the impoverished Stalinist state -- is under threat.

"This is a grave threat to peace, not only on the Korean peninsula but in the region," President Roh Moo-Hyun said in his first response to the North's announcement which shocked the world.

It said it is considering whether or not to suspend a scheduled aid shipment to North Korea.

Japan and the United States have said they will step up work on their missile defense system, and Japan says it's considering stern measures immediately on North Korea's nuclear testing.

Meanwhile, South Korean authorities have been reporting unusual activities in a rugged area in North Korea on Monday, causing them to suspect that the communist state might be preparing a second nuclear test, a news report said.

Kim Seung-Gyu, head of South Korea's spy agency, told parliament that activity involving vehicles and some 30 to 40 people was under way at Punggyeri in the north-eastern county of Kilju, Yonhap news agency reported.

AFP news agency quoted South Korea's intelligence chief, Kim Seung-Gyu, who said North Korea is believed to have stored up to 40 kilograms (88 pounds) of plutonium, enough to make as many as seven nuclear bombs. North Korea's alleged underground nuclear blast has defied international pressure to keep the secretive regime from becoming one of the world's nuclear powers.

It came just three days after a unanimous call from the UN Security Council for North Korea to abandon plans for testing a nuclear weapon.

North Korea is not a signatory of the Comprehensive Nuclear-Test-Ban Treaty (CTBT), which was adopted in 1996 by the United Nations General Assembly and ratified by 135 states.

A decade after its adoption, the treaty has yet to come into force because not all of the nations with nuclear capacity have ratified it.

Of the seven countries known to possess nuclear weapons, only France, Britain and Russia have ratified the text. The United States, China have signed but not ratified it, while India and Pakistan have refused to sign.

AFP news agency has said that, in all, just over 2,047 nuclear weapons tests have been officially reported to have taken place throughout the world since the first blasts in 1945. Of that total, 1,032 were carried out by the United States and 715 by the Soviet Union.

While on visit in South Korea, German Foreign Minister Frank-Walter Steinmeier urged North Korea and Iran to return to diplomacy and work to end the crises over their nuclear ambitions. (19.02.2006)

During his visit to the Demilitarized Zone in South Korea, German Foreign Minister Steinmeier was reminded of the painful divide his own country ended just 15 years ago. (19.02.2006)

The world's first trial of an alleged member of the A.Q. Khan global nuclear mafia opens in Mannheim Friday. It draws unwelcome attention to German firms' roles in the illegal export of nuclear technology. (17.03.2006)

In a three-way meeting with diplomats from South Korea and Japan, the United States emphasized on allied cooperation amid threats from North Korea. Germany also condemned the tests as a violation of international law.

North Korea has claimed that a missile it fired into the sea yesterday was "hypersonic." These ultra-fast weapons systems pose a higher threat level, as they are harder to defend against.