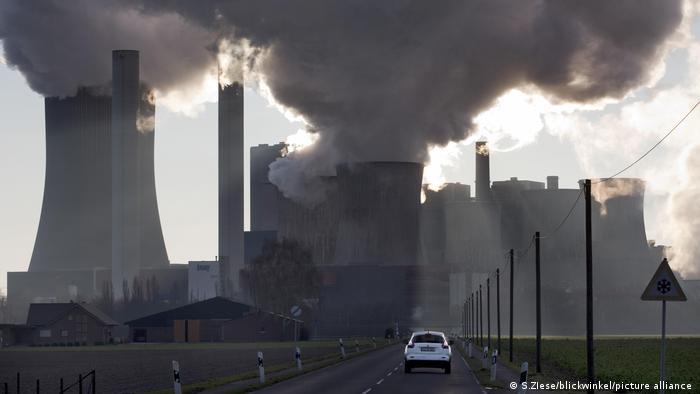 The world's third-largest polluter voted to outlaw the sale of CO2-emitting vehicles and rejected reforms to the EU's carbon market in Strasbourg on Wednesday as part of its biggest ever "Fit for 55" emissions reduction plan to try and prevent the dangerous impacts of climate change.

After one year of negotiations, European Parliament lawmakers on Wednesday voted on eight draft climate protection laws that proposed a revamp of renewable energy targets, the aviation sector, the way people drive, how countries control their pollution, and how forests and land are managed, among others.

The European Commission's flagship "Fit for 55" package aims to bring the EU's greenhouse gas emissions down by at least 55% by 2030 compared to 1990 levels and reach net zero emissions by 2050. 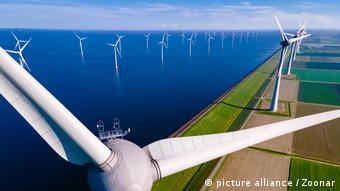 Renewables are key to the EU's zero emissions target

One of the most contentious draft laws on the table was a mandate to make all new cars and vans sold from 2035 carbon emission-free, which would amount to an effective ban on selling all petrol and diesel vehicles. A majority of parliamentarians voted in favor of the law, rejecting the center-right European People's Party's proposal to limit that reduction to 90% with no fixed phaseout date. They also endorsed a 55% reduction in CO2 emissions from vehicles by 2030 compared to 2021 levels.

The governments of the 27 EU member states will still need to give their verdicts on the legislation in the coming months before a final EU decision on the car ban can be made and put into effect.

Jens Gieseke, from the center-right European People's Party, said the new law relies too heavily on the technology of electric vehicles, without considering the benefits of introducing sustainable synthetic fuels in regular vehicles. 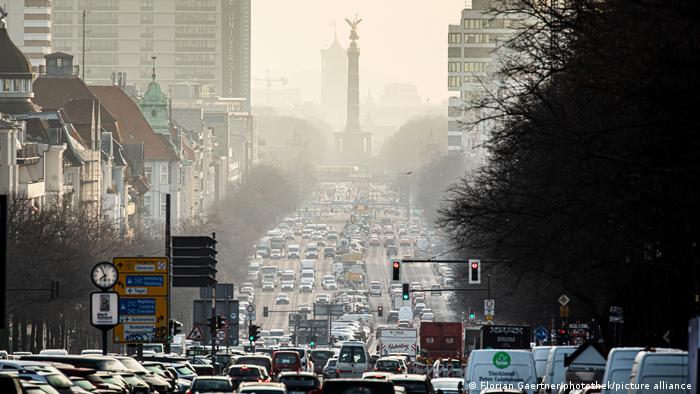 In 2018 alone, 888 million tonnes of carbon dioxide were emitted from road transport in the EU

"As long as the required electricity is obtained from fossil energy sources, even an electric vehicle is not emission-free,” he said in a statement, adding that the legislation shows those in favor are "willing to accept the loss of half a million jobs."

Cornelia Ernst, a member of The Left Party and in favor of the ban, told DW "there is no alternative" to phasing out petrol and diesel vehicles if the EU wants to drastically reduce its emissions. But she added that people dependent on cars for transport, particularly in rural areas, "should not be forgotten" in the move away from regular vehicles.

"Even better [than electric cars] would be fewer cars. That's why we need better, free public transportation, and affordable, environmentally friendly vehicles," she told DW. Transport emissions, which rose in the EU between 2017 and 2019, make up about one-quarter of the bloc's greenhouse gas emissions.

No reforms to emissions trading

In a surprise series of votes, far-right lawmakers, as well as Green and Socialist MEPs, all voted against updating the EU's Emissions Trading System (ETS), blocking the proposal from passing.

The ETS, which forces industry, power plants and the aviation sector to buy and sell CO2 pollution permits within a cap that shrinks over time, previously aimed to reduce this cap by 43% below 2005 levels by 2030. That figure was initially going to be raised to 67% by the EU Environment Committee, but pushback from conservative lawmakers brought it down to 61% in the final proposal. 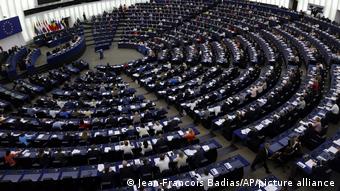 For the Greens and Social Democrats, this "watered down" target did not go far enough to ensure that heavy-polluting industries would be forced to cut their emissions in line with the EU Commission's goal of reducing emissions by 55% by 2030.

"It wasn't ambitious enough,” Timo Wölken from the Progressive Alliance of Socialists and Democrats told DW. "We need a solution that will achieve our climate goals and, at the same time, is fit for industry, for workers and for European citizens."

Speaking in parliament, Greens MEP Rasmus Andresen said the weakened draft law signaled a "black day" for climate protection. "Conservative and liberal MEPs had tried to waterdown the reform of the emissions trading system by making exceptions for industry," he told parliament.

Right-wing parliamentarians from the European Conservatives and Reformists, on the other hand, thought 67% was far too ambitious, particularly in light of rising inflation and soaring energy costs. The ETS covers more than 11,000 industrial sites, as well as airlines, which together account for 45% of the EU's greenhouse gas emissions – equivalent to roughly 2 billion tonnes of CO2.

Peter Liese, the lead lawmaker of the final report on the expansion and revision of the ETS, said the outright rejection was "a shame" and that the proposal had been "tightened up" to make sure it would achieve a 63% reduction in emissions trading by 2030. 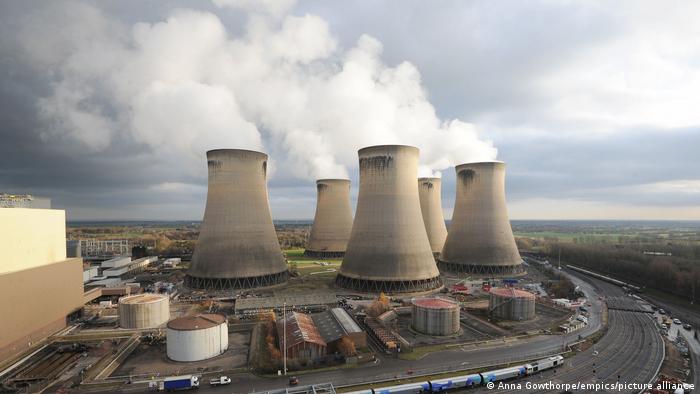 Industrial sites are also covered by the emissions trading system

The draft ETS law will now go back to the parliament's Environment Committee for redrafting, alongside two related pieces of legislation – the Social Climate Fund, which aims to help vulnerable households transition to renewable energy, and the Carbon Border Adjustment Mechanism, which would allow the EU to tax high-emission imports such as steel and aluminum. "It wouldn't have made sense to vote on these files because they were so closely linked to the ETS, which was rejected,” Wölk told DW.

Earlier this year, the world's foremost authority on climate change, the UN's Intergovernmental Panel on Climate Change, released its sixth assessment on the state of rising temperatures. In a detailed three-part report, it outlined that allowing global temperatures to exceed 1.5 degrees Celsius of heating risks calamitous global impacts, including worsening wildfires and extreme flooding.

Foremost among the IPCC's recommendations for preventing this from happening was the phase-out of fossil fuels – which is responsible for two-thirds of planet-heating carbon emissions since 1850.

Marina Strauß contributed to this article.

How the Ukraine war is shaping EU emission targets

What was considered intolerable just a few years ago is becoming a possibility, UN climate experts say. Research suggests global average temperatures could rise above 1.5 degrees Celsius in the next four years.