The US has repeatedly accused China of keeping the yuan artificially low to distort competition. European goods also suffer from the low yuan and yet the EU has been rather silent on the topic recently. 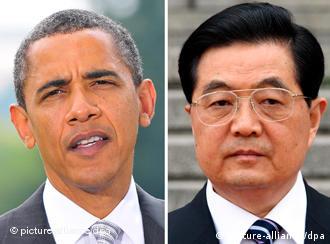 In a speech earlier this week, US Treasury Secretary Timothy Geithner once again repeated Washington’s demands of Beijing.

He said that government control of the yuan had to be reduced and that the recent appreciation of the yuan against the dollar by 3 percent over a period of six months had not been sufficient. He made it clear that the US point of view was that China should allow the value of the yuan to rise more rapidly.

The topic will top the agenda when President Hu Jintao meets his US counterpart Barack Obama next week in Washington DC. 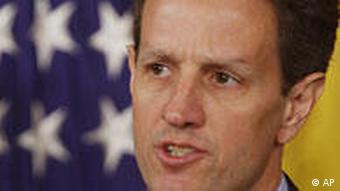 "The fact that the yuan is kept artificially low means that Chinese goods on the American market are considered cheap by shoppers. This is good for China but it creates competition for American manufacturers," Joerg Cremer, the chief economist at the Commerzbank, told Deutsche Welle.

Basically, an undervalued yuan means that US exports to China are expensive and Chinese exports to the US are cheap. US politicians have consistently argued that this is the main reason why the US has a massive trade deficit with China.

EU has other problems right now

The EU has also put pressure on China in the past and did so at the EU-China summit last fall. However in recent weeks, the currency spat has not been mentioned.

When the Chinese vice premier visited Europe earlier this month, not one of the state leaders in Spain, Germany or the UK said a word.

Cremer pointed out that the EU's trade deficit with China was not so great but he said there was another reason: "Right now, the strongest export-oriented economy in Europe is Germany. It is booming and therefore nobody wants to spoil the chances with an important trading partner." 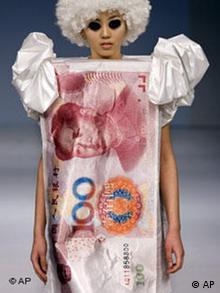 China is no longer shy about its economic prowess

The other issue is that the EU is struggling with a dramatic debt crisis.

"Priorities right now are stabilizing the euro, making sure that the EU acts if the national debt situation gets worse in Portugal, Ireland, Spain and Italy, and perhaps enlarging the bailout fund," Axel Berkofsky from the University of Pavia in Italy told Deutsche Welle.

EU does not speak with one voice

He added that another reason for Europe's reluctance to re-enter the currency spat is the fact that China could be a major partner in combating the euro crisis.

Franco Algieri from the Austria Institute for European and Security Policy had another explanation: "There have always been different groups within the EU and that is still the case today – these groups are more or less interested in China. Some tend to be more reserved regarding China, whereas others are quite daring."

He criticized the fact that, as opposed to the US, Europe rarely spoke with one voice and this made it difficult to put pressure on China.

Chinese Vice Premier Li Keqiang has held talks in Germany as part of a week-long visit to Europe aimed at deepening ties and stabilizing the euro. But the altruistic economic aid masks China's political strategy. (07.01.2011)