EU Home Affairs Commissioner Cecilia Malmstrom has issued the first report on human trafficking in the EU. The figures show that while there is an increasing number of victims, convictions of perpetrators have gone down. 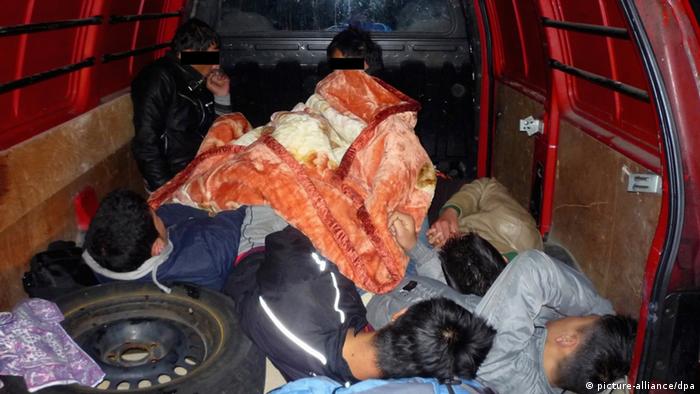 At a press conference in Brussels on Monday, Malmstrom introduced the results of the European Commission study that analyzed human trafficking in the EU from 2008 to 2010.

According to the figures, there were over 23,000 identified or presumed victims of human trafficking over the three-year period. This represents an increase of 18 percent in the number of victims, but at the same time, the number of convictions has dropped by 13 percent.

Despite an agreement reached two years ago by the European Parliament on new measures to prevent and combat human trafficking and to protect victims of the crime, only six of the EU's 27 members had ratified the measures at the national level ahead of last week's deadline. Germany was among the 21 nations that had not ratified the measures.

"It is difficult to imagine that in our free and democratic EU countries, tens of thousands of human beings can be deprived of their liberty and exploited, traded as commodities for profit," said Malmstrom in a press conference. "I am very disappointed to see that, despite these alarming trends, only a few countries have implemented the anti-trafficking legislation and I urge those who have not yet done so to respect their obligations."

Malmstrom added that the lack of binding legal framework in the 21 EU countries was surprising given that all member states had strongly supported the measures when they were introduced and quickly approved in 2011.

"It is high time for member states to stop dragging their feet," she said.

The EU directive would provide a common definition of the crime of human trafficking across the bloc, meaning it would be viewed as equally severe in every country. The measures would also provide proper support to victims of trafficking crimes.

According to Malmstrom, it is difficult for police to convict criminals for the crime of human trafficking, saying that sometimes a conviction of a related, but less-severe crime - such as pimping - was possible, but implementing the EU-wide rules would make a trafficking conviction easier.

The Commission's report indicated that 62 percent of the human trafficking victims had been used for sexual exploitation. Other victims were forced into labor jobs or had organs removed for trade on the black market. Most of the victims referred to in the study come from EU member states (61 percent), and come in particularly high numbers from Romania and Bulgaria. Eighty percent of all victims were women and girls.