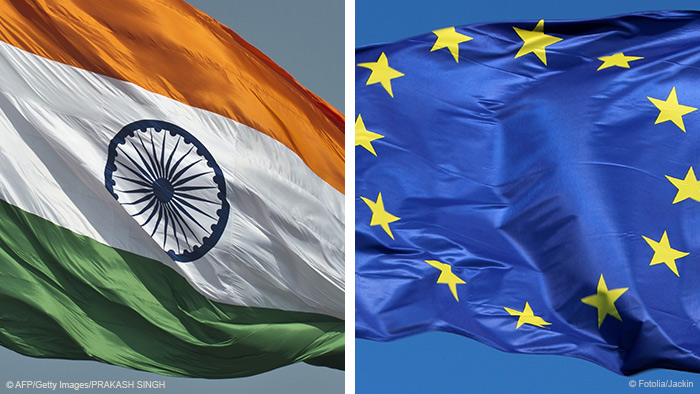 President of the European Council Charles Michel on Wednesday pledged cooperation with India over fighting the COVID-19 pandemic, ahead of an India-European Union summit in May.

"Both India and Europe are major producers of vaccines," Michel said at the Indian multilateral conference Raisina Dialogue.

"We all know that ramping up the production of vaccines is an enormous challenge. We all need each other: for components, equipment, and fill and finish vials, for instance," he added.

What is India proposing?

Delhi sought the EU's support on Tuesday for a short-term waiver of an intellectual property rights agreement to facilitate accessibility to COVID-related products.

The Trade-Related Aspects of Intellectual Property Rights Agreement (TRIPS) was drafted by the World Trade Organization (WTO) to regulate licensing of COVID-related components.

Amid a surge in new coronavirus variants, India and South Africa have recently pushed for the waiver, but wealthy countries have resisted the idea.

Delhi and Johannesburg have said the waiver could allow drugmakers in developing countries to start producing effective vaccines sooner.

How does the EU support vaccine equality?

While the TRIPS signatories agree that equitable distribution of vaccines is a pressing issue, they have not agreed if a waiver would solve it.

Critics of the waiver argue that it would not solve the issue in the short term, given the complexity of vaccine production.

So far, Europe has preferred to support the WHO-backed COVID-19 Vaccine Global Access (COVAX) and keep vaccine patents to encourage companies to invest in scientific research.

"Both India and Europe are major producers of vaccines. Together, through COVAX, we also support low and middle income countries in their vaccination efforts. Thanks to our joint efforts, COVAX has delivered more than 38 million doses to 100 countries across the globe," Michel said.

What other areas does the EU seek Indian cooperation?

The EU-India ties are the center of the European geopolitical strategy, Michel said, expressing the EU's interest in the security of the Indo-Pacific region.

"It is in our common interest to show that the democratic and open model is the most powerful one to address the challenges of the world," he added.

"These will be needed all over the world and will create jobs and economic opportunities," Michel said.

Indian officials also released a statement on Tuesday, calling for enhancing trade opportunities with the EU.