The EU Commission has said a deal with China aimed at settling a dispute over solar imports has received the full backing of EU members. The much-lauded amicable solution, however, is still opposed by some panel makers. 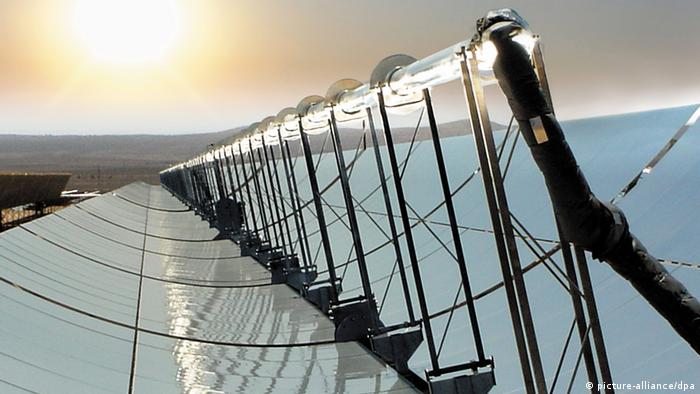 A huge majority of EU states had voted in favor of the deal, and no member state had voted against it, a Commission spokesman told a news conference, but refused to say if there were any abstentions in the vote.

The agreement, reached between EU Trade Commissioner Karel de Gucht and Chinese officials a week ago, would come into effect on Tuesday, August 6, the spokesman said.

The EU and China have found a compromise in a row over dumping prices for Chinese solar power modules. Politicians and environmentalists are relieved, but the solar power industry is outraged. (30.07.2013)

Under the deal, the two sides agreed to set a minimum price for solar panels from China which should be near spot market prices of currently 56 cents per watt of output. Moreover, China agreed to limit its solar exports to the 28-nation EU to a total capacity of seven gigawatts per year.

Originally, the EU had planned to impose huge punitive tariffs on China-made panels from August 6, accusing solar manufacturers from the Asian country of undercutting market prices with the help of state subsidies.

The EU hopes the agreement will help facilitate breakthroughs on other outstanding trade disputes with China, which include, for example, rows over steel pipes and telecommunications equipment, as well as wine and chemicals.

However, some European solar panel makers, grouped within the EU ProSun association, described the deal as a scandal and the result of Chinese blackmail. They said they would challenge the agreement in the EU's highest court, the European Court of Justice.