Britain offered Friday to slash a 10.5 billion euros ($12.57 billion) off its cherished EU rebate, sources said, raising hopes of a breakthrough to a fierce standoff over the bloc's future budget. 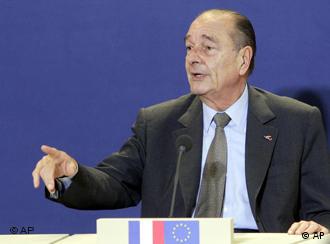 Chirac said the EU summit was heading towards a budget deal

French President Jacques Chirac, who has demanded an outright end to the British budget cheque, immediately said EU leaders appeared to be heading "little by little" toward a deal on the 2007-2013 funding plans.

"Not everything is resolved but we are heading little by little towards a solution ... which would allow us to get out of this difficulty, this impasse," he said as a crunch summit headed into its final hours.

Talks on the European Union's 2007-2013 budget have been stalled due to Britain's refusal to give further ground on its long-cherished rebate, and France's resistance to reform of the bloc's disputed farm subsidy system. 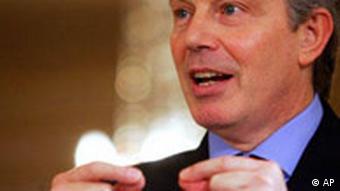 Tony Blair believes any deal won't be an ideal one for anyone, including Britain

A European source said that in its latest proposal Friday, Britain offered to cut an extra 2.5 billion euros off its EU rebate, from which it had already proposed slashing 8 billion euros over the seven-year period.

The new offer was presented to EU leaders on the second evening of a summit dominated by the budget wrangle. The other key problem has been French resistance to reforming the bloc's generous farm subsidy system.

"I haven't got an answer at this moment to the question: will there be an agreement? The discussions are fairly positive," he told reporters, but added that the state of negotiations was "fairly positive."

Meanwhile an EU source added that Britain was proposing a total EU budget for 2007-2013 of 862.5 billion euros, increasing its previous proposal by 13.2 billion euros.

If confirmed, it would match a proposal by German Chancellor Angela Merkel, whose country has long been the EU's biggest net contributor.

European Union leaders pressed Britain Thursday to improve an offer to break the bloc's budget deadlock, as they arrived for a crunch summit in Brussels. (Dec. 15, 2005)

The EU Budget Stand-Off: The Areas of Conflict

As the six-month British presidency draws to a close, EU leaders embark on a critical week aimed at breaking the deadlock over the bloc's budget. DW-WORLD looks at the major areas of conflict. (Dec. 12, 2005)

What Germany Wants From the EU Budget

Battle lines have been drawn between the French, who want to protect agriculture subsidies, and the British, who are looking to keep their EU rebate. Meanwhile, the Germans have kept their expectations quiet. (Dec. 15, 2005)