EU Cuts Funding to Bulgaria for Failing to Fight Organized Crime | Europe | News and current affairs from around the continent | DW | 23.07.2008

For the first time ever, the European Union cut off financial assistance to one of its own members when it ordered a stop to aid to Bulgaria over corruption and organized crime connection allegations. 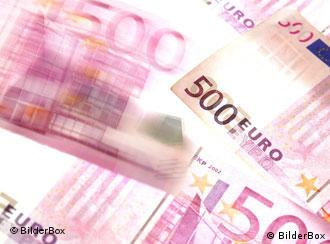 The EU Commission on Wednesday, July 23, suspended payments worth hundreds of millions of euros to Bulgaria, which joined the EU at the beginning of 2007.

In addition, according to a commission spokesman, Brussels also had stopped payments for major infrastructure projects in Bulgaria, with the EU saying that there was insufficient control concerning where the funds were.

The commission said that once Sofia took the necessary measures against corruption and organized crime, then EU payments would be resumed.

In the EU's view, Sofia's measures against crime and corruption were long overdue, 18 months since the country's joining the union. 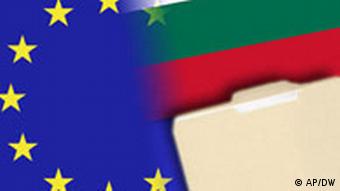 The EU Commission withdrew the accreditation of two Bulgarian government agencies, which in effect stops payments of some 250 million euros ($394 million) earmarked to build up institutions in the country.

In addition 115 million euros in funding chiefly meant for highway construction were put on ice. A freeze was also imposed on 121 million euros for Bulgaria's agricultural sector.

Besides taking Sofia to task, the commission also criticized Romania, which joined the EU along with Bulgaria at the outset of 2007.

The move by the EU came as the political opposition in Sofia's parliament called for a no-confidence vote in the government of Socialist Premier Sergei Stanishev.

The rightist opposition charged the government with responsibility for having inflicted "moral and financial damage" on the country and its people through Sofia's poor management of its European affairs.

Former interim premier Stefan Sofijanski said the EU's report on Bulgaria and the mood in the country had laid bare the presidency and government in Sofia.

The no-confidence vote motion is the sixth that the rightist parties have presented since the current cabinet took power in August 2005.

Previously, the opposition parties had agreed to stage a "joint national protest" in the autumn in order to topple the government and push for new elections.

The European Union's employment commissioner on Saturday asked Germany to explain its decision to keep its labor market closed until 2011 to unskilled workers from new EU member states in eastern Europe. (19.07.2008)

In a withering indictment to be released next week, the European Commission accuses Bulgaria of high-level corruption and maladministration in the handling of EU funds. The report outlines measures to freeze further aid. (18.07.2008)

The interior ministers of Germany and Bulgaria on Friday, May 16, agreed to boost cooperation in combating international crime. Bulgaria, however, is being closely monitored by the EU in its efforts against corruption. (17.05.2008)