EU Calls on Deutsche Telekom to Open up Broadband Market | Business| Economy and finance news from a German perspective | DW | 21.08.2006

EU Calls on Deutsche Telekom to Open up Broadband Market

The European commission has said the former telephone monopoly must give competitors more access to its network in order to spur competition in Germany's high-speed Internet access market. 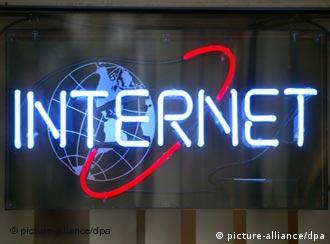 The commission, which is also Europe's top telecoms watchdog, said on Monday that Deutsche Telekom must offer its bitstream Web access, which competitors use to sell Internet services to consumers, at prices approved by regulators.

"To open the German broadband markets to competition will lead to better services and lower Internet prices for consumers," said Viviane Reding, the EU telecommunications commissioner, in a statement.

In a letter sent today to the German telecoms regulator, the Bundesnetzagentur, the commission asked that the proposals be implemented "without further delay." It could force Deutsche Telekom, which is 31.3-percent owned by the Germany government, to make broadband Internet access available to competitors by the end of the year. 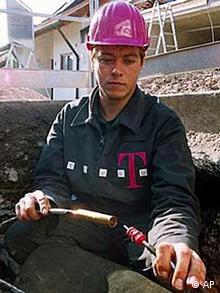 Deutsche Telekom is not anxious to open up its network

If rivals do take up the offer, it would almost certainly result in lower prices for consumers. Deutsche Telekom customers pay around 40 euros ($51.24) per month for unlimited broadband service while customers of the British telecoms operator BT pay as little as $18.72 per month for similar service.

In July 2003, the commission passed a directive requiring member states to compel dominant former telecoms monopolies to sell wholesale access to competitors at the bitstream level, which would give them the ability to offer the same phone and data services at the network owners at competitive prices. All 25 member states have complied except Germany.

The prices new entrants to the market would pay for this access would be set by the German regulator.

A spokesman for Deutsche Telekom, Mark Nierwetberg, told Bloomberg that the ruling is "a classic example of overregulation." He said that the company's rivals have a bigger share of the broadband market in Germany than other former monopolies in other countries and their rivals.

The telecoms giant has argued that it needs exclusive use of the network in order to recoup its investment.

EU Commission Reding criticized the time it has taken for Germany to act on this issue, saying it has been three years since the EU telecoms directive came into force but the German network regulator is only now beginning to take action.

Deutsche Telekom has been rocked by recent financial results and the loss of a million fixed-line customers. The company faces a tough fight in the highly competitve sector -- but it's a fight Telekom is prepared for. (Aug. 19, 2006)

Deutsche Telekom, Europe's biggest telecommunications group, has dramatically lost net income and customers to competitors in Germany. Foreign business, however, is up. (Aug. 11, 2006)

Deutsche Telekom wants to develop a faster DSL connection and says it needs protection from competitors to do so. But the EU warned Germany not to offer it. (March 14, 2006)